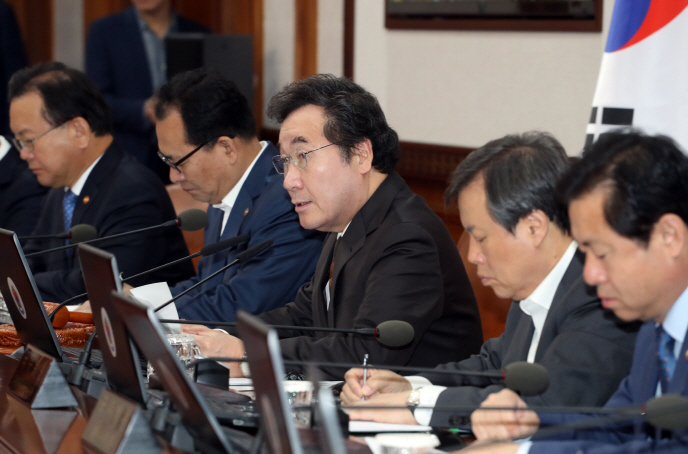 At a Cabinet meeting, Lee raised the need to hold accountable those who produce fake news and spread it intentionally.

“The government and the private sector have tried to stem fake news, but to no avail. We cannot overlook this anymore … Those who produce fake news with malicious intent and spread it systemically should be handled according to law,” he said.

As part of countermeasures, the prime minister raised the need to create a cooperation channel between prosecutors and police to swiftly probe those involved in producing fake news.

He also ordered government officials to immediately tackle fake news to prevent people from being distracted by disinformation and to ask for investigations in cases where fake news is found.

Last week, the prime minister warned of the spread of fake news, as his message aimed at paying tribute to late Vietnamese President Tran Dai Quang was mistakenly regarded online as being for North Korea’s leadership.

Meanwhile, Lee expressed concerns about a report that Japan is considering unleashing water contaminated by radioactive material in the 2011 Fukushima nuclear disaster into the sea after treatment.

“We express grave concerns about Japan’s possible move as its neighboring country. We want the Japanese government’s explanation and its wise decision,” he added.