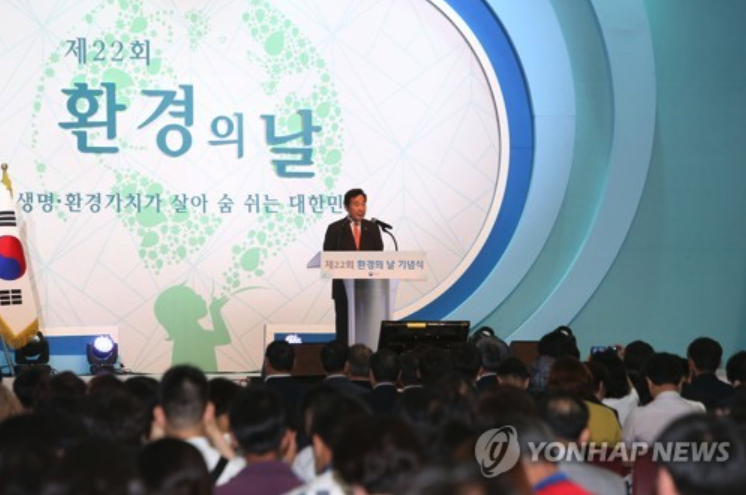 SEOUL, June 5 (Korea Bizwire) – Prime Minister Lee Nak-yon on Monday renewed his government’s pledge to cut fine dust emissions by over 30 percent within its five-year term and beef up environmental cooperation with China.

During his speech marking the Environment Day, Lee reaffirmed that the Moon Jae-in government will pay keen attention to environmental issues to promote sustainable growth and development.

“Clearly recognizing the urgency of environmental problems, we have to piece together our capacity and wisdom to address it,” Lee said. “The Moon government will do its utmost to realize the vision of a sustainable society.”

During the election campaign, Moon pledged to reduce fine dust emissions by suspending old coal-fired power plants and reducing the operations of diesel vehicles, both of which are major culprits of particulate pollution.

Just days after his inauguration on May 10, Moon ordered a temporary shutdown of aged coal power plants. Eight coal fired thermal power plants that are aged 30 years and over are to be closed for a month starting Thursday.

South Korea has been grappling with worsening air quality, as clouds of fine dust, thought to originate from the western deserts of China and domestic smog, cover the sky with yellow haze. Fine dust is known to cause various respiratory problems.

Lee pointed out that the government will set its national mid- and long-term sustainable development goals and conscientiously enforce the Paris agreement on climate change that the world leaders adopted in 2015 to replace the 1997 Kyoto Protocol.

He also said that Seoul will seek to expand the use of renewable energy and constantly encourage the private sector to curb carbon emissions.

The prime minister also stressed the importance of close communication and cooperation with citizens in the process of implementing environmental policies.