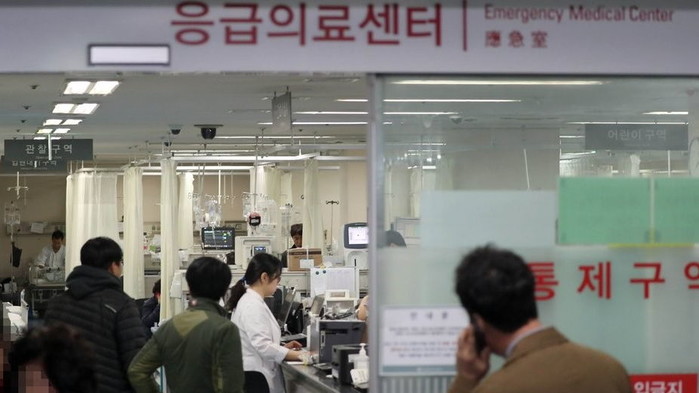 Ministry of Health and Welfare announced plans to implement stronger punitive measures on Thursday following the death of Dr. Lim Se-won, who was stabbed by a patient suffering from mental illness. (Yonhap)

Legislation will be amended to heavily punish those resorting to violence against medical staff and patients inside medical institutions, regardless of whether the aggressor was under the influence or not.

Ministry of Health and Welfare announced plans to implement stronger punitive measures on Thursday following the death of Dr. Lim Se-won, who was stabbed by a patient suffering from mental illness.

The government will first work on strengthening the current safety mechanisms at medical institutions, and closely cooperate with law enforcement agencies.

The ministry said that it will amend relevant legislation to equip psychiatric hospitals, clinics, and medical centers susceptible to violence with mandatory emergency bells, doors, and security staff.

The police will be in charge of training security staff at hospitals to strengthen the primary response in emergency situations. In addition, emergency bells will be installed to quickly summon local law enforcement.

“We have come up with stronger measures that focus on protecting the safety and health of citizens by ensuring a safe medical environment,” said Kang Do-tae, head of Health and Treatment Policy at the Ministry of Health and Welfare.

“We hope that the introduction of security equipment, personnel, and guidelines will ensure safety at medical institutions.”

The new measure also includes plans to manage patients with mental illness who may pose a ‘potential threat’ against the safety of medical institutions.

These individuals will be given financial support to receive regular treatment at ‘daytime hospitals’ where they can participate in rehabilitation programs during the day.

Medical authorities will intervene when those with mental illness resort to self-harm or violence.

Those who have stopped treatment despite their mental illness will be supported to return to the hospital, and relevant regulations will be amended to make exceptions for requiring a guardian’s consent in such cases.