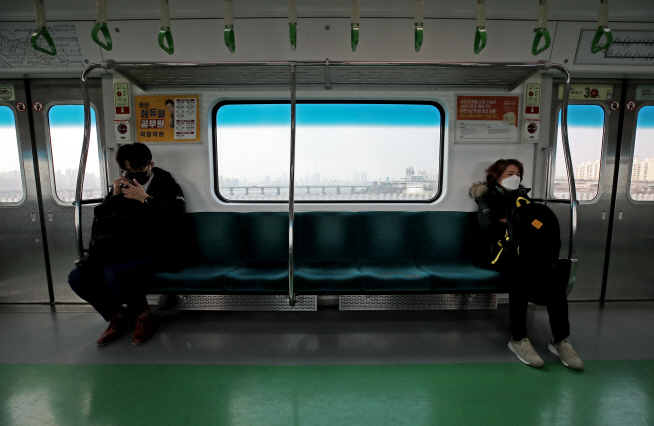 SEOUL, March 8 (Korea Bizwire) — The number of passengers on public transportation in the capital city of Seoul tumbled more than 30 percent in the first week of this month from two months earlier amid the coronavirus outbreak in the country, data showed Sunday.

According to the data by the Seoul Metropolitan Government, the daily number of people who took subways and buses over the Monday-Friday period of last week decreased 34.5 from the day-to-day average in January.

The pace of decrease widened from a 30.9 percent drop tallied a week earlier.

South Korea reported its first COVID-19 infection case on Jan. 20, and the tally shot up to 7,134 as of Sunday. In Seoul, 120 people have tested positive for the virus so far, while 141 cases were confirmed in surrounding Gyeonggi Province.

The data showed that the daily traffic density for the first week of March in the capital city of 10 million also slipped 7.5 percent from the January average.

The drop in public transportation use came as citizens have refrained from outdoor activities out of fears over COVID-19 infection.

South Korea raised its virus alert to the highest level last month, with most public gatherings and events, including sports games, music concerts and religious services, put on hold.