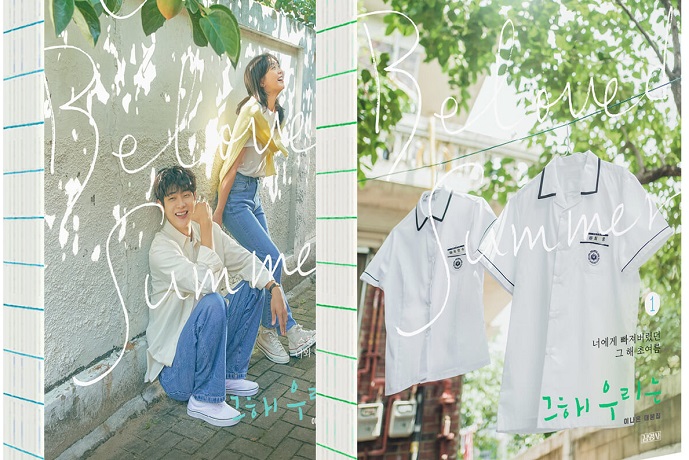 This image provided by local publisher Gimm-Young shows the front page of the screenplay book of “Our Beloved Summer.”

SEOUL, March 11 (Korea Bizwire) — Popular TV series have recently made their presence felt not only on the global viewership charts but also on local bestselling book lists.

The script book of the romantic comedy “Our Beloved Summer,” published on Feb. 16, placed second on the weekly bestsellers list for the third week of February by Kyobo Book Center, the biggest bookstore chain in South Korea.

On the weekly sales list of Yes24, a local online bookstore, preorders of the series’ screenplay book also ranked third in the third week of January.

The larger-than-expected debut on the book market came as the show, which aired on SBS and Netflix from December to January, became a sleeper hit in the winter.

It was on the top 10 of Netflix’s official weekly viewership chart for non-English TV series for eight weeks in a row.

The series, written by screenwriter Lee Na-eun, was praised for its lines and scenes sophisticatedly depicting the odd emotional fluctuations of two teenage lovers who once break up but meet again 10 years later.

The smash hit rom-com “Hometown Cha-Cha-Cha,” which had stayed on the Netflix official top 10 chart for 16 weeks, also saw its screenplay publication become one of the best-selling books last year.

The preordered script of the tvN drama was listed at No. 1 on Yes24′s weekly sales chart for the second week of October. It was officially published in March.

The screenplay book of the historical romance “The Red Sleeves” was also on the bookstore’s top selling list in January.