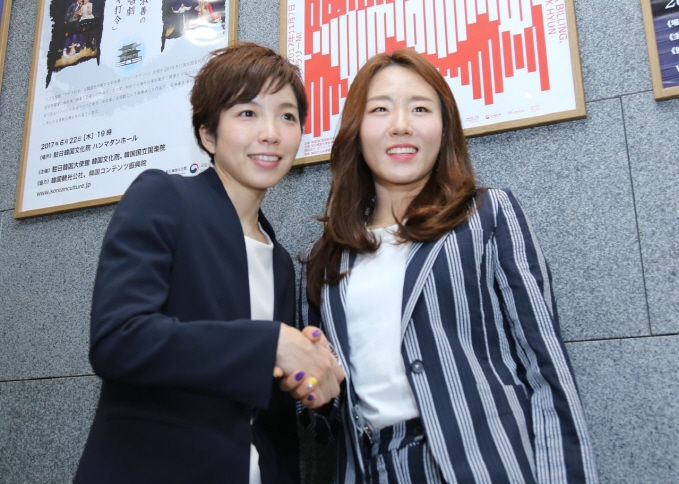 Lee and Kodaira have been rivals in the women’s short-distance speed skating scene for a decade.

It was Kodaira who claimed a gold medal in the women’s 500 meters at the 2018 PyeongChang Winter Olympics after beating Lee, who was looking for her third straight gold in the event. Lee was 0.39 second behind Kodaira to take silver.

But after the race was over, the two skaters were spotted congratulating each other for their achievements, with Kodaira encouraging tearful Lee with a big hug on the ice. Their post-race behavior was acclaimed by sports fans as an example of great sportsmanship.

Hoping their positive energy can spread across the sports scene, the foundation, led by South Korea’s International Olympic Committee member Ryu Seung-min, said it decided to honor the two skaters at the award ceremony in Seoul on Sunday.

“The two athletes’ friendship signifies the Olympic spirit that this foundation pursues, and we hope this event can expand sports and other exchanges between South Korea and Japan,” Ryu said.

“Ultimately, we hope the event can be a starting point for us to develop Olympic legacies with more exchanges with PyeongChang 2018 participants.”