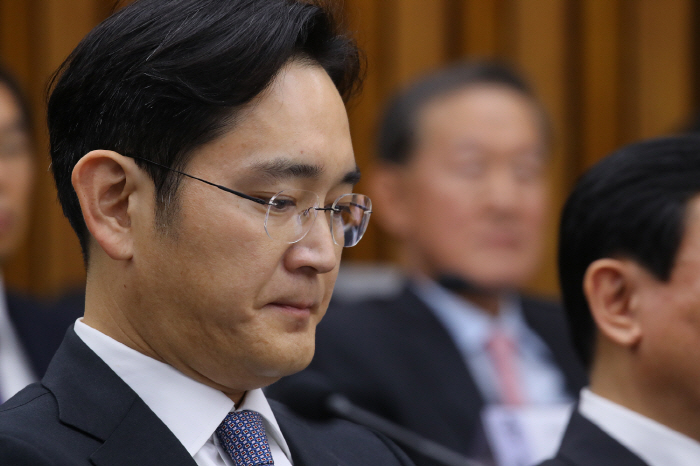 Lee’s invitation to North Korea has led insiders in the corporate sector to speculate about the kind of business projects that would tie Samsung in with the economic cooperative efforts between the two Koreas. (image: Yonhap)

SEOUL, Sept. 17 (Korea Bizwire) — Lee Jae-yong, the Vice Chairman of Samsung Electronics, was one of the top corporate leaders to be included on the list of people invited to the inter-Korean summit to be held in Pyongyang.

On a list released by the Blue House yesterday, the nation’s leading business leaders including Chey Tae-won (Chairman of SK Corporation), Koo Kwang-mo (CEO of LG Group), and Kim Yong-hwan (Co-Vice Chairman of Hyundai Motor Company) in addition to Lee were included on the roster.

Of the star-studded corporate guests, Lee’s listing stands out because he has flown under the radar since being released from prison in February of this year.

Although Lee made business trips to Europe for Samsung’s artificial intelligence- and automobile-related projects, most of his work schedule has been kept under wraps, with the exception of his visit to India in July where he met South Korean President Moon Jae-in at Samsung’s factory in Noida, after which Lee announced that Samsung Electronics would be investing 180 trillion won and hiring 40,000 new workers within the next three years.

In this regard, Lee’s invitation to North Korea has led insiders in the corporate sector to speculate about the kind of business projects that would tie Samsung in with the economic cooperative efforts between the two Koreas.

Some have said that following Lee’s visit to Pyongyang, the vice chairman would officiate all of his external activities and re-establish his relationship with the Moon administration.

Regarding this sentiment, the Blue House has drawn a firm line, stating that “the trial concerning Lee Jae-yong is ongoing and work is a separate matter.”

Regardless of the trial, however, the relationship between the electronics giant and the Moon administration as well as the social role that Samsung plays in Korean society are certainly expected to be affected by the North Korea visit.