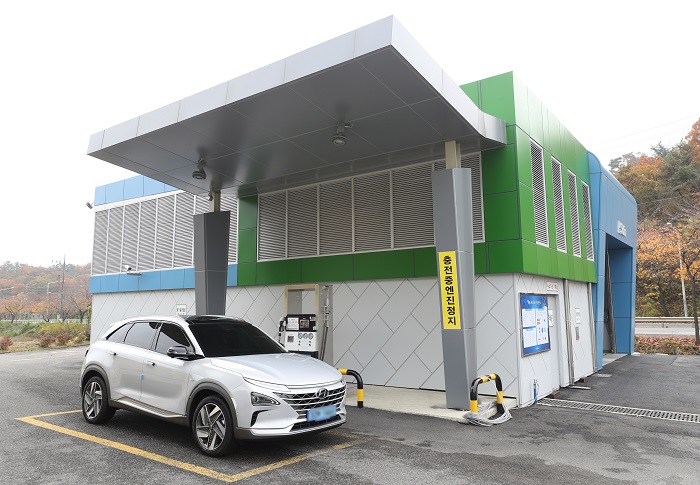 Before the introduction of the regulatory sandbox, installation of new stations had to be stalled until the relevant laws were revised by the National Assembly. (image: Yonhap)

SEOUL, Jan. 11 (Korea Bizwire) — Hydrogen charging stations are crucial to boost the popularity of hydrogen electric vehicles, but it is practically impossible to install these stations in commercial areas under current laws.

According to the Ministry of Trade, Industry and Energy on January 10, a method has been found to install the charging stations through a ‘regulatory sandbox,’ which exempts regulations on new products or services for a certain period of time.

Thus, with a regulatory sandbox, hydrogen stations will be installed in the city center as early as next month.

Although hydrogen stations have already been verified for safety and are already operating in France, they have been prohibited from being built in the city due to existing regulations.

Before the introduction of the regulatory sandbox, installation of new stations had to be stalled until the relevant laws were revised by the National Assembly.

It may take a while with controversial issues to be revised since there may be stakeholders representing various interests.

Currently, it is possible under certain circumstances to conduct a ‘Direct to Consumer (DTC)’ gene test, which allows consumers to undergo a genetic test via a private genetic testing agency without going through a hospital.

However, the government is hoping to apply a regulatory sandbox in this area as well.

However, related industries are calling for more checkups. If regulations are eased, various health care services will be provided based on genetic analysis.

The Ministry of Trade, Industry and Energy is working with the Ministry of Health and Welfare to open a regulatory sandbox for DTC gene testing.

Companies who are having trouble releasing new products and services due to regulations can apply for a regulatory sandbox from January 17.

The government plans to support related expenses for medium-sized businesses.