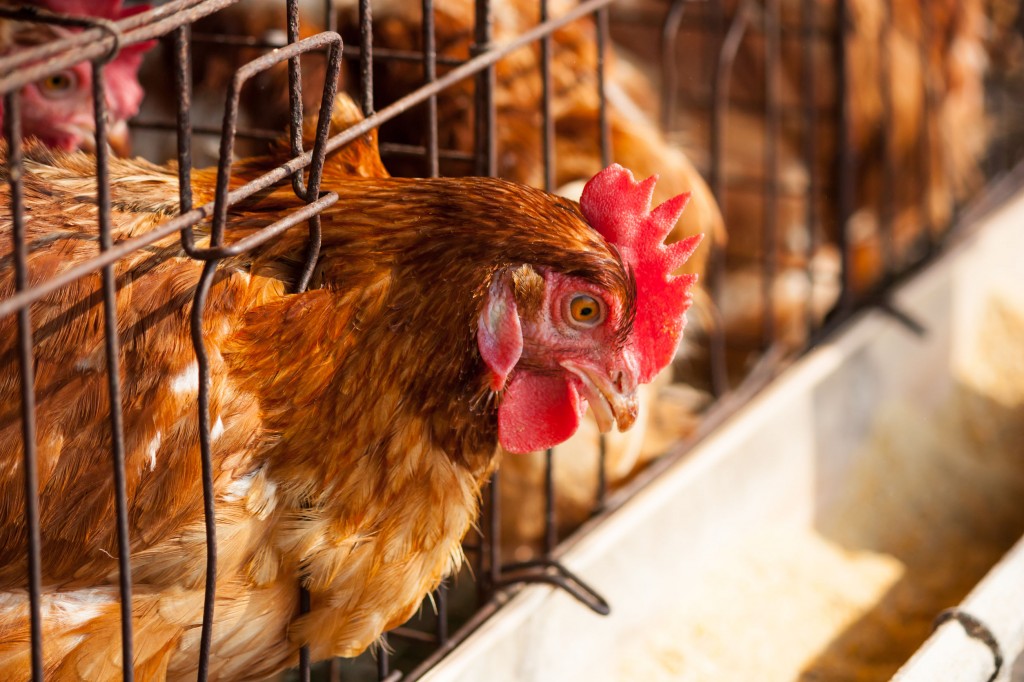 The current Livestock Industry Act designates the minimum breeding area per chicken as 0.05 square meters – that is smaller than the size of an A4 paper (0.062 square meters) – which is the case for a large majority of poultry farmhouses in Korea. (image: KobizMedia/ Korea Bizwire)

SEOUL, Dec. 20 (Korea Bizwire) – The unrelenting avian influenza virus, which has so far resulted in the culling of almost 20 million poultry, has even spread to Korean animal welfare-certified farms – farms that breed animals in larger open spaces or make use of organic feed – causing greater concerns over the biggest AI outbreak the country has ever witnessed.

At the moment, there are some one hundred such farms across the country, none of which suffered an AI infection since they were first introduced in 2012.

The first report of suspected AI case came from an animal welfare-certified farm in Eumseong County, North Chungcheong Province, on December 12. The farm, which is home to some 13,000 layer poultry, saw 20 of its chickens die suddenly – chickens that later tested AI-positive – and the remaining animals are now waiting to be slaughtered.

According to experts, these types of farms are usually less vulnerable to infectious diseases.

The current Livestock Industry Act designates the minimum breeding area per chicken as 0.05 square meters – that is smaller than the size of an A4 paper (0.062 square meters) – which is the case for a large majority of poultry farmhouses in Korea.

These birds are bred in cramped cages, and are unable to move or spread their wings.

The poor conditions naturally give the animals greater levels of stress, and the lack of hygiene maintenance can lead to declining immunity and resistance levels, leading to an immediate spread once an infectious disease like AI strikes the farm. 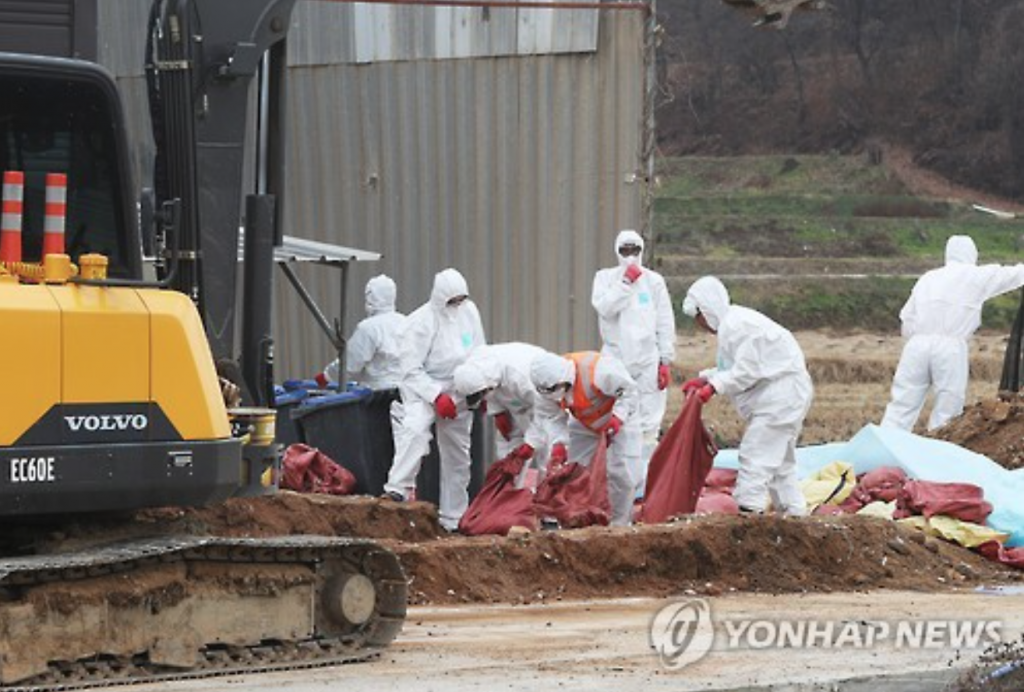 Hong, the owner of the Eumseong farm, along with other poultry farmers in the area, strongly denounced the quarantine authorities for their foot-dragging approach to containing the virus at nearby farms. (image: Yonhap)

An animal welfare-certified farm, however, is a paradise compared to conventional farmhouses.

The legally-designated breeding area per bird is 0.14 square meters at minimum, almost three times the size of conventional poultry farms. The chickens at such farms have sawdust spread on the ground, for dust bathing (giving better hygiene), and they even have perches for the birds to sleep on.

All said, these farms were supposed to be a safe haven for poultry against AI viruses, but  they have now been proven defenseless against the record-breaking outbreak of the virus.

Meanwhile, Hong, the owner of the Eumseong farm whose identity was withheld, along with other poultry farmers in the area, strongly denounced the quarantine authorities for their foot-dragging approach to containing the virus at nearby farms.

According to the farm owners, the culling process for the first AI-infected farm in the area, on November 27, didn’t start until December 6, and the process lasted until December 16 – almost a three-week period which, the farmers claim, let the virus spread to other farms.

Circumstances were similar for Hong’s farm, and Hong had to cull the animals himself after waiting for an official response for days since filing an initial report on December 12.

“Given the tepid approach of the authorities towards the AI report, I had to bring in an outside contractor to finally start the culling process yesterday (December 19),” Hong said. “I’m planning to file administrative litigation over the delayed response, and possibly a criminal suit as well.”