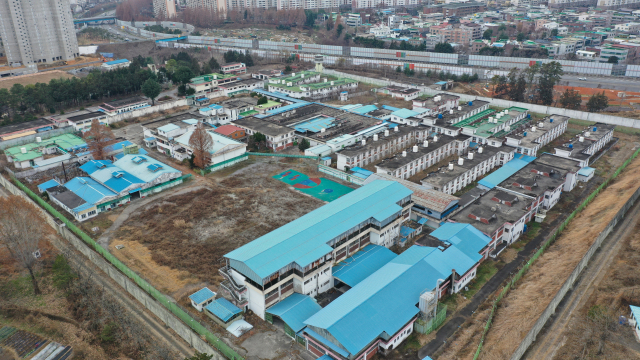 The site of a former prison in the southwestern city of Gwangju where the remains of about 40 people have been discovered. (Yonhap)

GWANGJU, Dec. 21 (Korea Bizwire) — The remains of about 40 people have been discovered at the site of a former prison in the southwestern city of Gwangju, the government said Friday, with some claiming that they may belong to victims of crackdowns during the pro-democracy movement in the 1980s.

The remains were uncovered Thursday when the government undertook work to move a graveyard where deceased prisoners with no family ties were buried, according to the Ministry of Justice. Their identities are not known.

“We will cooperate with the relevant organizations to verify the identification of the remains through DNA tests,” the ministry said.

Among the remains, two skulls were found to have signs of being pierced, according to a joint investigation team led by the ministry.

They will be examined by experts in detail to determine what caused the marks, officials said.

Civil activists speculated that some of the remains may belong to people who went missing during brutal crackdowns on civilians during the pro-democracy uprising in Gwangju in 1980.

On May 18 that year, the military cracked down on demonstrators, including students, protesting against then President Chun Doo-hwan, who had taken power in a military coup a year earlier.

The ministry had managed the graveyard where the remains of 110 people were buried, but the newly found remains were outside the government’s jurisdiction.

“Currently, it is hard to prejudge whether the remains were related to the democracy movement. But we have to check the possibility,” Vice Justice Minister Kim Oh-soo said at the site.

The government plans to establish a “law park” at the site that will function as a law-related educational facility.