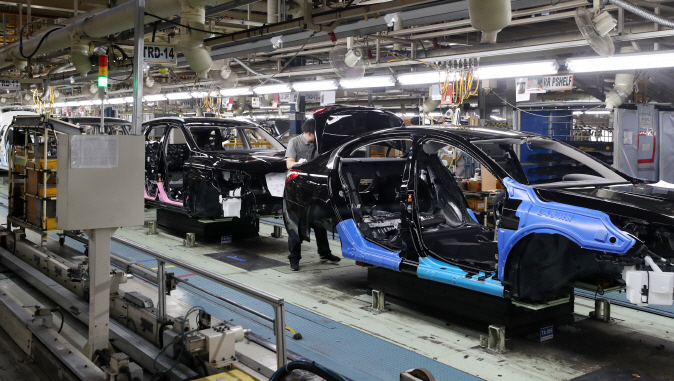 SEOUL, Aug. 26 (Korea Bizwire) — Renault Samsung Motors Corp. said Monday job reductions may be one of the options to tackle with declining production volumes at its sole local plant and a prolonged slump.

In a meeting with the union last week, the company said it will be difficult to maintain the current workforce as the output volume of Nissan Motor Co.’s Rogue SUV is expected to fall sharply next year from this year’s 60,000 units, a company spokesman said by phone.

Renault Samsung had produced about 100,000 Rogue SUVs at its plant in Busan, 450 kilometers south of Seoul, for exports on a manufacturing contract with Nissan.

But the Japanese carmaker cut its output allocation to the Busan plant to 60,000 from 100,000 early this year due to production losses caused by the union’s strikes.

In the second half, the units per hour (UPH) production at the Busan plant are expected to decline to 45-50 from the existing 60 on decreased Rogue volumes.

It means 20 percent, or 400, of the plant’s 1,800 assembly line workers may lose their jobs, the company explained.

“Once the company begins wage negotiations with the union next month, it is likely to propose a voluntary retirement program and circular leaves of absence,” the spokesman said.

He said the company has not offered a voluntary retirement program to its employees since 2012 despite sluggish sales.

To offset the discontinuation of the Rogue production, Renault Samsung badly needs to secure production volume for the XM3 compact SUV for exports to Europe.

But the company is still in talks with its parent Renault S.A. and no decision has been made yet, he said.

The union could not be reached for confirmation on the matter.