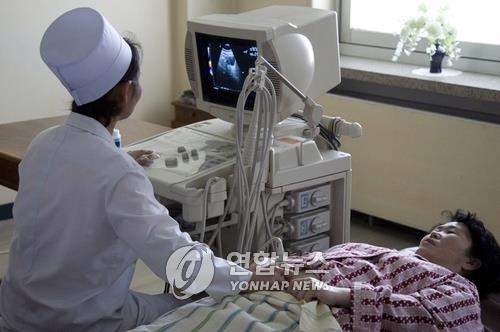 SEOUL, Nov. 20 (Korea Bizwire) — Amid the prolonged international sanctions on North Korea, the health of the North’s infants and pregnant women is in a very vulnerable state, a South Korean government think tank said Tuesday.

The Seoul-based Korea Institute for Health and Social Affairs said in a report that North Korea’s maternal mortality rate was 82 per 100,000 newborns, about eight times higher than the rate of 11 in South Korea, based on the United Nations Population Fund’s 2017 World Population Survey.

North Korea’s infant mortality rate is also high. According to the World Health Organization’s 2017 statistics, the death rate of infants and children younger than five in North Korea was 24 per 1,000 people, eight times that of South Korea.

The report said that international organizations and South Korea’s government and private groups should join hands to help ease the health problems of North Korean women and infants.

“Considering the North’s authorities cannot independently improve the health of its women and infants, the issue should be approached under humanitarian principles, separately from the political circumstances,” the report said.

On Nov. 7, South and North Korea held their first talks on health issues in 11 years and agreed to launch a pilot program within this year to exchange information on contagious diseases. The two Koreas also agreed to push for cooperation in the fields of medical and health care in the mid and long term.