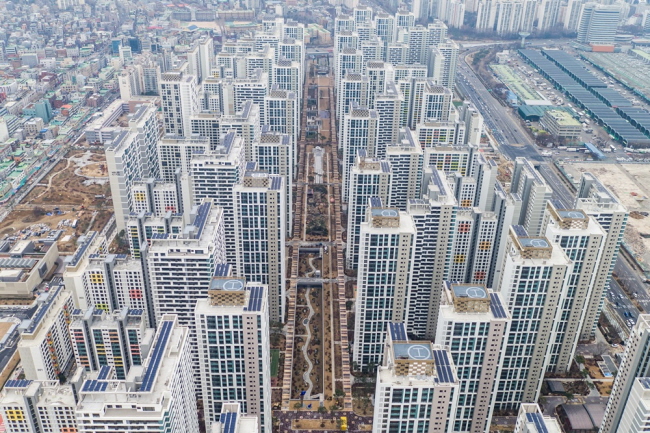 SEOUL, Sept. 24 (Korea Bizwire) — The number of homes in South Korea has increased by nearly 5 million over the past decade and more than half of them have been purchased by buyers who already own at least one home, according to a report released Tuesday.

The Citizens’ Coalition for Economic Justice (CCEJ), an NGO, and Rep. Chung Dong-young, leader of the minor opposition Party for Democracy and Peace, unveiled their joint analysis of housing data from government agencies, which showed deepening inequality in home ownership.

But the number of homeowners increased by 2.41 million from 10.58 million to 12.99 million during the same period.

That means 2.48 million units were bought by existing homeowners, the report said, with 83.8 percent purchased by the top 10 percent of multiple homeowners.

Their average ownership per person increased from 2.3 units to 3.5 units.

That means the average value of housing per homeowner has risen by about 200 million won to 460 million won.

For the upper 1-percent bracket, the average value has increased 1.1 trillion won per person, the report showed.