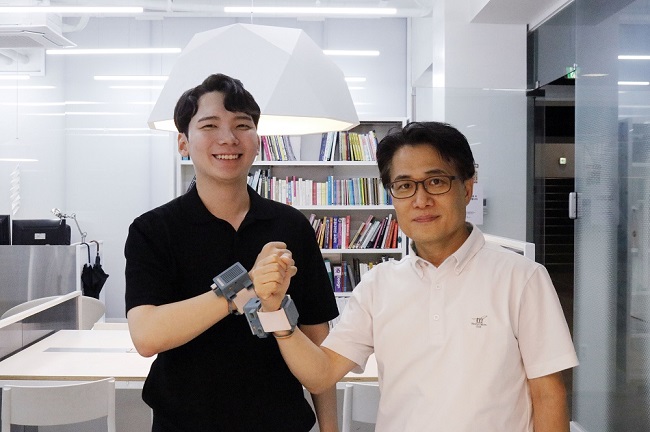 The device named ‘Sound Wear’ is a wearable device for play that allows children not only to detect and choose sounds but also make them and exchange them with others, according to the Korea Advanced Institute of Science and Technology (KAIST).

In recent days, research is actively underway to develop interactive play devices on the back of the development of digital technologies.

Nonetheless, the mobile screen-based visual augmented technology has limits in contributing to the development of a child’s sociability. 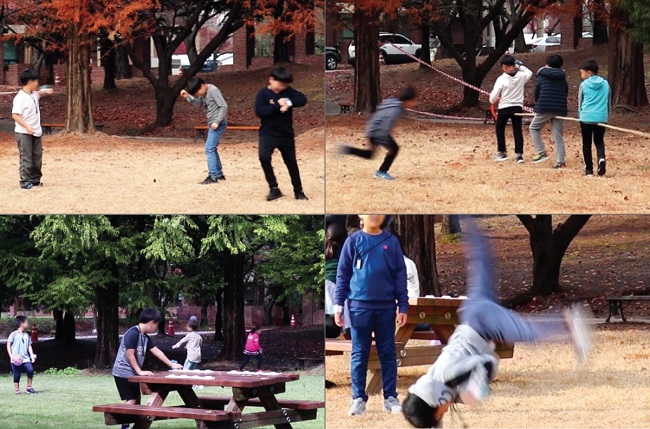 The research team developed Sound Wear to make children keep their heads up by increasing their physical activities and social interactions. (image: KAIST)

The popular augmented reality game “Pokemon Go,” for example, forces children to constantly peer down at the screen, having the potential to hurt their creativity and sociability.

The research team developed Sound Wear to make children keep their heads up by increasing their physical activities and social interactions.

Users can detect sound by lifting the arm wearing the bracelet-shaped Sound Wear and find the sound they want. They also can exchange sounds with other players by shaking their arm.