DAEJEON, June 5 (Korea Bizwire) — A research team at the Korea Advanced Institute of Science and Technology announced on Thursday that it had developed a robot named “Mole-bot” to help explore underground resources.

In general, a variety of equipment is used for underground excavation work, including drilling machines, pipelines, and pumps.

This work, however, has the risk of causing soil pollution primarily due to the greases and abrasives used for hydraulic equipment.

The newly developed Mole-bot, created by integrating a variety of complex equipment into a single unit, can carry out the excavation work without causing environmental problems. 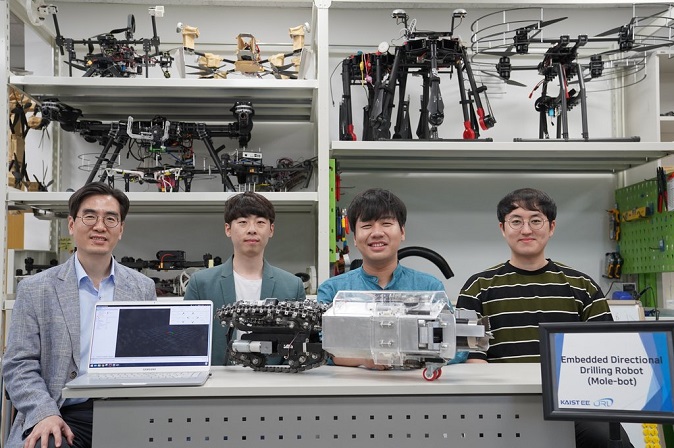 With a diameter of 25 centimeters and a length of 84 centimeters, the Mole-bot has a weight of about 26 kilograms. The Mole-bot can break down into several components, including those related to drilling, debris removal, and motion.

The drilling component was designed based on the concept of a mole’s chisel teeth, which it uses to scrape the soil.

The Mole-bot’s debris removal function imitates to some extent the shoulder structure of a mole’s humeral rotation, in which it removes debris by using its big and strong forefoot.