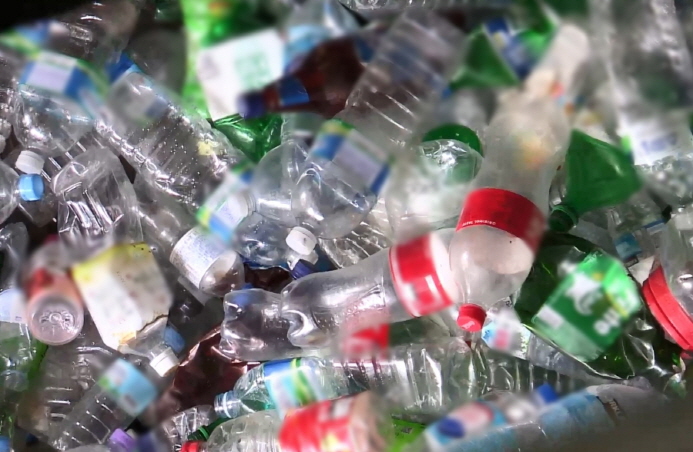 The issue of plastic being concentrated in living organisms has become a serious concern. (Yonhap)

DAEJEON, May 29 (Korea Bizwire) — The Korea Research Institute of Bioscience and Biotechnology said Thursday that it has developed a phytoplankton that can break down PET bottles.

Since creatures living in the water, such as fish and shellfish, tend to ingest microplastics, the issue of plastic being concentrated in living organisms has become a serious concern.

In particular, the primary producer, plant plankton, can cause chain pollution in the ecosystem because it acts as a compound of glucose and supplies it to the entire food chain.

Ideonella sakaiensis is a bacterium first discovered by Japanese researchers in 2016, and is known to break down PET and use it as a carbon source.

The research team developed a new plankton by converting the genetic trait to suit the microalgae “chlamydomonas reindhardtii” by using the amino acid sequence of the PET enzymes.

If the plankton developed is mixed with discarded PET bottles and left, it has been observed that the plastic decomposes over time into substances such as terephthalic acid and ethylene glycol, which are harmless to the human body.

“This new development will contribute to solving the problem of bio-concentration of fine plastics,” said Dr. Kim Hee-sik from the research team.