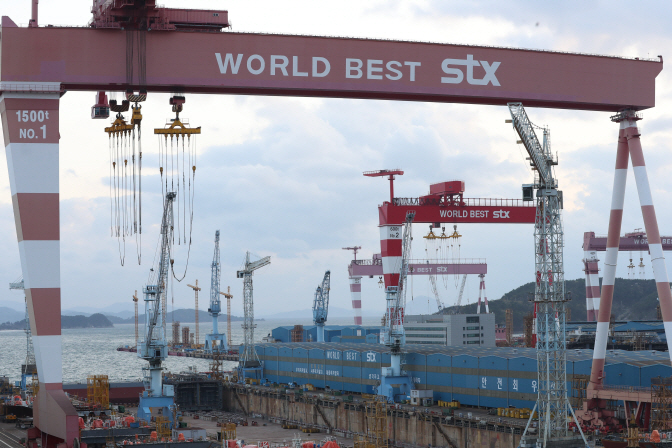 According to the data compiled by Statistics Korea, retail sales in South Gyeongsang Province, North Jeolla Province and Ulsan declined 2.3 percent, 1.2 percent and 1.2 percent, respectively, in the July-September period, from a year earlier.

The regions are home to major shipyards, including Hyundai Heavy Industries Co., and automaking-related firms, such as GM Korea.

Industrial production in South Gyeongsang Province and North Jeolla posted declines of 6.7 percent and 7 percent, respectively, in the third quarter of the year, from a year earlier, the data showed.

Ulsan posted the highest jobless rate of 4.9 percent in the third quarter, the data showed.

In May, South Korea designated Ulsan, Geoje Island, Mokpo and several other regions, home to shipbuilders and other manufacturing operations, as emergency response zones so as to provide job support and tax incentives.

The designation came as local shipbuilders have suffered a drawn-out dry spell, which has forced many to slash jobs.