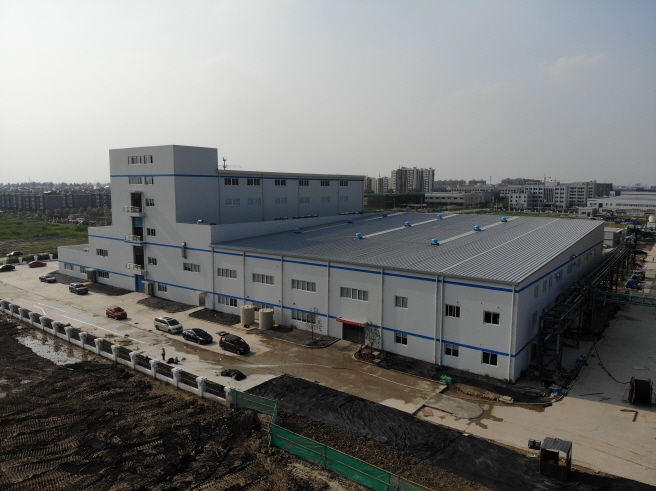 Nickel and cobalt are key raw materials for cathodes, one of the four main components of a lithium-ion battery.

According to market tracker SNE Research, 112,000 tons of cathode materials were used in the first half of the year, up 80.9 percent from a year earlier.

The price of nickel has been sharply rising this year, reaching a five-year high of US$18,625 per ton on Sept. 2 after Indonesia announced it would halt exports of the metal from 2020.

The price dropped to the $17,200 level this week, but it’s still nearly 40 percent higher than what it was in the beginning of July, according to data from the London Metal Exchange.

Analysts said rising nickel and cobalt prices are generally positive for local cathode material makers, including Ecopro BM Co. and POSCO Chemical Co., since they can raise the prices when EV battery makers are eager to expand their output.

“The companies can expect improved profitability since they will be able to sell their inventories with higher price tags in the fourth quarter.”

Industry watchers said local cathode material makers can further grow as the use of nickel-rich cathodes will expand.

Nickel plays an important part in deciding the energy density of a lithium-ion battery, while cobalt is mainly used for enhancing battery stability and safety.

“In order to enhance the driving distance of EVs, you need to increase battery capacity, and this can be achieved by increasing the portion of nickel in cathodes,” Kim Jung-hwan, an analyst at Korea Investment & Securities Co., said.

“Automakers will start using batteries with nickel-rich cathodes, which will benefit local EV battery makers and material suppliers who can handle high-nickel chemistries.”