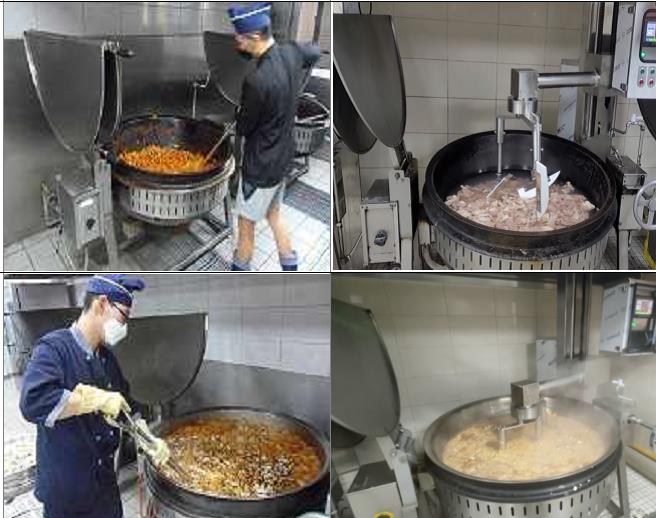 The kitchen has become the latest frontier for the military’s tech-based operational strategy, as it seeks to enhance efficiency and safety in its personnel management amid concerns about possible troop shortages caused by the country’s chronically low birthrate.

Since November, the Army’s 28th Recruit Training Regiment in Nonsan, 213 kilometers south of Seoul, has been employing a series of robots capable of deep-frying, stir-frying, boiling and steaming food.

Earlier, the military came under fire for feeding its service members poorly. The “Generation-Z” troops, or those born between 1997 and the mid-2000s, vented their anger by uploading photos of their meals on social media.

“I expect that the pilot deployment of the military cooking robots is expected to generate various outcomes, including the improvement in the quality of meals, less work burden for military chefs and prevention of safety accidents,” Defense Minister Suh Wook was quoted as saying during his visit to the boot camp.

For South Korea’s 550,000-strong military, employing robots has become not a choice but a matter of necessity.

While all able-bodied South Korean men must serve around two years in the military, the country is expected to run short of troops starting in 2037 due to its low birthrate.

Reflecting such concerns, the military plans to expand the “robot chef” project to other installations, including front-line field units, based on progress from the pilot project.

“The defense ministry will continue to provide demand and test-beds for commercial robots, creating a virtuous cycle that develops the robot industry in the private sector,” Suh added.