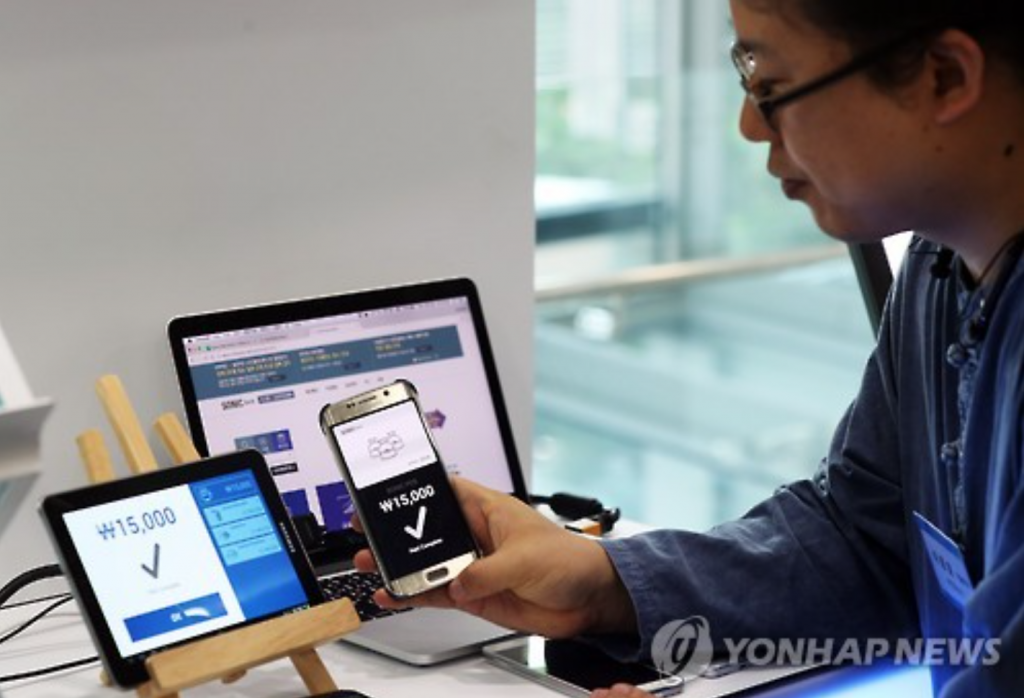 SEOUL, Dec. 1 (Korea Bizwire) – South Korea hosted another event Thursday to demonstrate its financial technology, albeit still in the nascent stage, as the government views it as the key to the future of the nation’s financial sector.

Seven “promising” fintech startups here participated in the Demo Day event, the 13th of its kind, held in connection with the broader expo on the Park Geun-hye administration’s push for a “creative economy.” It opened the day at the COEX convention center in Southern Seoul.

The seven firms include Paycoc, the developer of a smart payment system, and BSMIT, which offers a robo-adviser service.

“So far, the government, fintech firms and financial services companies have made joint efforts to nurture the fintech field,” Kim Hak-kyun, a standing member of the Financial Services Commission (FSC), said in his congratulatory message. “The innovation of the financial industry, capitalizing on fintech, is expected to gain speed once Internet-only banks and full-fledged robo-adviser services are introduced.”

The government’s Fintech Center plans to hold the next round of its Demo Day on Dec. 8 on the occasion of the launch of the consolidated account information service by local banks, according to the FSC.

The center will also host a similar event in Beijing on Dec. 22 on the sidelines of the K-Global festival to be organized by the Ministry of Science, ICT and Future Planning.