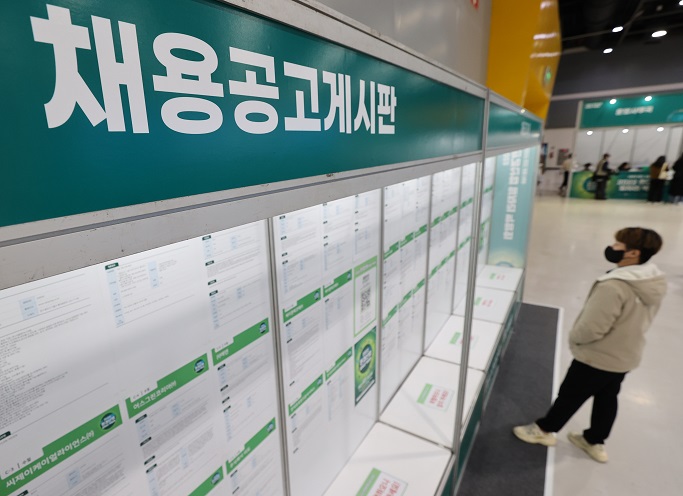 SEJONG, Dec. 8 (Korea Bizwire) — South Korea added the largest number of jobs in five years last year on the back of the retail and welfare sectors, data showed Thursday.

The country’s total jobs reached 25.58 million last year, up 850,000, or 3.5 percent, from the previous year, according to the data compiled by Statistics Korea.

It marked the largest yearly gain since 2016 when the statistics agency started compiling related data.

By sector, the wholesale and retail industry added 170,000 jobs on-year in 2021, followed by the health and social welfare sector with 150,000. The telecommunications industry added 80,000 new job posts.

By age, jobs for those aged 60 and older rose by the largest number of 470,000, apparently as the government has increased temporary work positions for senior citizens.

The data on job posts was compiled based on information about subscriptions to forms of social insurance. Such data do not match the number of employed people as one person can be counted as holding more than one job, if employed in multiple positions.