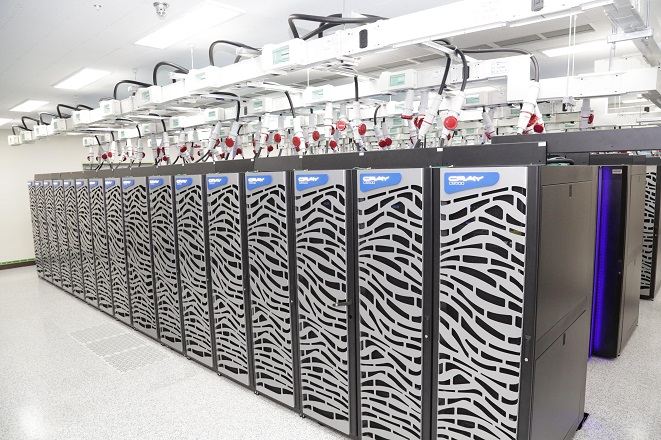 This photo provided by Korea Institute of Science and Technology Information (KISTI) on July 16, 2020, shows the Nurion supercomputer.

SEOUL, May 28 (Korea Bizwire) — South Korea will beef up its high-performance computing infrastructure to establish an exascale supercomputing system by 2030, the country’s science ministry said Friday.

An exascale supercomputer can perform a quintillion calculations per second. Countries like China and Japan have already moved forward on releasing such a computer in the next few years.

Under the national computing innovation strategy, South Korea targets to have the world’s fifth-largest amount of computing power, secure 24 industry leading computing technologies and create 10 new service areas by 2030, according to the Ministry of Science and ICT.

The ministry said it first plans to replace the fifth-generation Nurion national supercomputer, now the world’s 21st-fastest, with the sixth-generation mainframe by 2023 and with the seventh-generation system by 2028.

The country is looking to utilize national supercomputing resources in sectors including nanotechnology, autonomous driving and aerospace.

The ministry said it will support research and development (R&D) activities in four areas including processors and platform solutions to bolster the country’s technology prowess in the supercomputing sector.