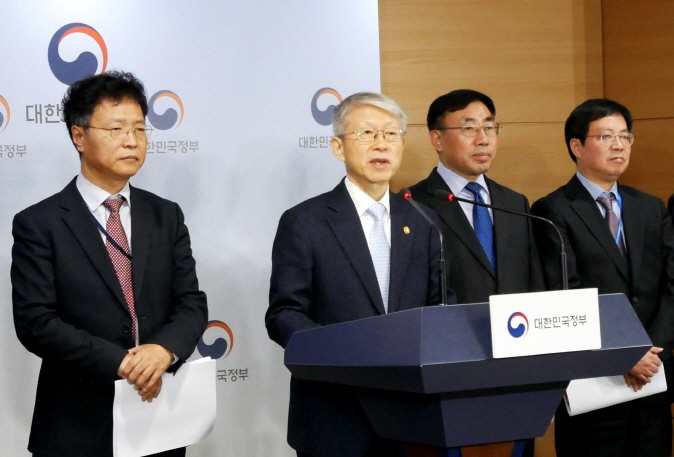 SEOUL, Dec. 17 (Korea Bizwire) — South Korea is aiming to stay ahead of rivals in the field of artificial intelligence (AI) by 2030 to bolster its economy and improve the living standards of its citizens, the science ministry said Tuesday.

Under the national strategy, the country plans to leverage its prowess in memory chips to build the world’s most competitive AI chip industry, with new semiconductors having 25 times the processing speed and just one-thousandth the power consumption of existing integrated circuits.

Asia’s fourth-largest economy already will inject over 1 trillion won into next-generation smart chips in the 2020-2029 period so as to secure the most critical semiconductor technologies going forward, according to the ministry.

The investment will be funneled into so-called processing-in-memory (PIM) chips that can mimic the living brain and are a key technology that Seoul wants to acquire, the ministry said.

The plans will help create an industrial, social and governmental ecosystem that can stimulate and sustain growth in the next-generation technology and potentially add upwards of 455 trillion won (US$389 billion) to the economy by the target year.

By building up the industry, Seoul aims to become No. 3 in terms of digital competitiveness in the world from 10th at present, as well as to push up the standard of living for its people to 10th place from around 30th, according to the ministry.

“The latest AI strategy is centered on making full use of our country’s existing strengths so as to effectively compete with rivals and respond swiftly to technological changes,” Science and ICT Minister Choi Ki-young said in a news briefing.

While South Korea’s AI technological capability trails leading countries such as the United States and the European Union, the goal is to reduce the gap in the coming years.

To back up such endeavors, the country also plans to streamline rules and legal codes and provide more support to AI-related startups.

In addition, Seoul will foster experts that can contribute to the AI field and encourage the use of the technology in some 2,000 smart factories in 2030, and in the government that can further fuel demand and growth, the ministry said.