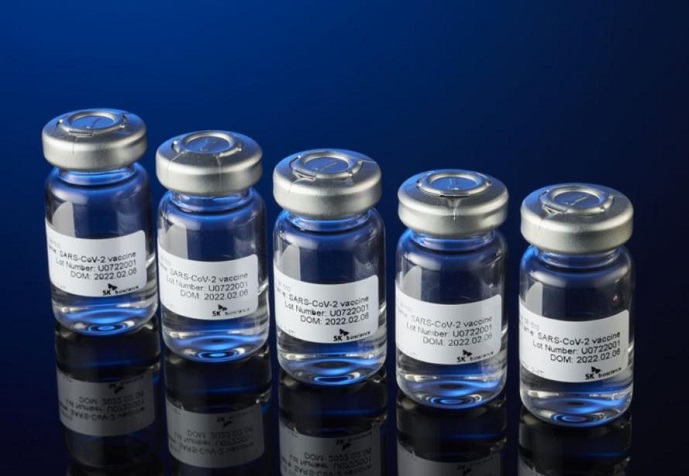 SEOUL, June 29 (Korea Bizwire) — South Korea on Wednesday approved the use of SKYCovione, the country’s first homegrown COVID-19 vaccine developed by SK Bioscience Co., taking a major step toward achieving vaccine sovereignty in the fight against the pandemic.

The Ministry of Food and Drug Safety (MFDS) said it approved the use of SKYCovione, also known as GBP510, through consultations of the ministry’s Final Inspection Committee, following an “item approval” recommendation by MFDS’ Central Pharmaceutical Affairs Council on Monday.

SKYCovione is the country’s first homegrown vaccine to have successfully completed all three phases of its clinical trial.

It is a recombinant-protein vaccine based on novel two-component nanoparticles that can maximize the immune effect. It was jointly developed with the Institute for Protein Design at the University of Washington.

The vaccine has been designed for recipients to receive two doses in a four-week interval.

South Korea is now the third country in the world, after the United States and Britain, to have both a homegrown COVID-19 vaccine and treatment.

More than 44.6 million people, or 87 percent of the population, had completed their two-dose vaccinations as of last Thursday, the most recent day for which government statistics are available.

Of them, 33.4 million, or 65 percent, have received their third shots, and 4.35 million have gotten their fourth shots, representing 8.5 percent. 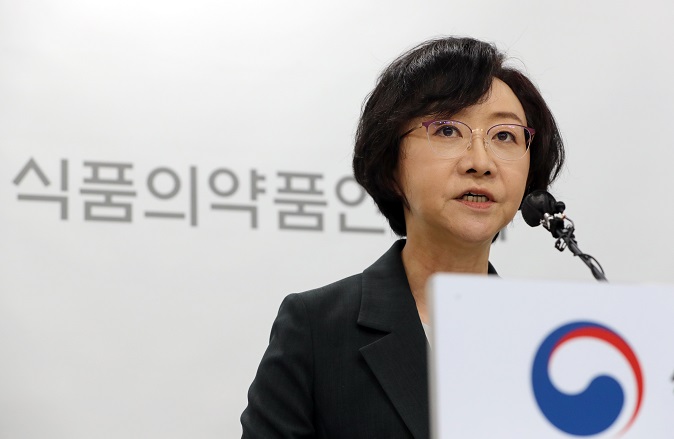 The ministry said the approval was significant as “the safety, effectiveness (immunogenicity) and quality of the COVID-19 vaccine developed by a Korean company were evaluated in accordance with international examination standards.”

Authorities have tested SKYCovione by comparing it with the coronavirus vaccine of AstraZeneca Plc. The ministry’s Central Pharmaceutical Affairs Council has concluded that the South Korea-developed vaccine demonstrated superiority in terms of immunogenicity.

The committee also concluded the candidate’s safety profile was in line with that of AstraZeneca’s.

South Korea signed a deal with SK Bioscience in March to buy 10 million doses of SKYCovione.

A SK Bioscience official said the company expects the vaccine to be used domestically within the year after the Korea Disease Control and Prevention Agency announces its usage plan of SKYCovione.

The official said the company’s export plan will be determined after the vaccine is approved for use by the World Health Organization and drug safety authorities in other countries.