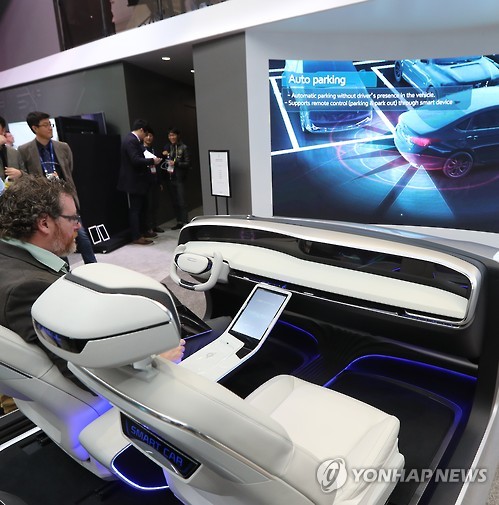 SEOUL, Jan. 6 (Korea Bizwire) – South Korea will showcase a wide range of advanced technologies and products at the Consumer Electronics Show (CES) in Las Vegas, providing their Korean developers a chance to introduce their products to the rest of the world, a trade agency said Friday.

The state-run Korea Trade-Investment Promotion Agency (KOTRA) said it has set up the largest-ever Korea pavilion with 64 separate booths run by 55 small and medium-sized firms from the country, many of them startups.

“The small and medium-sized enterprises making up this year’s Korea pavilion drew keen attention from many visitors and buyers from various countries with their advanced technologies and innovative ideas,” KOTRA said in a press release.

KOTRA said the annual trade fair was expected to attract 165,000 visitors this year, the most in the event’s history, with some 3,800 firms from 150 countries showcasing their products.

Also to help ensure the firms’ participation in the CES will lead to actual performance, KOTRA will host a special business forum with many of the 400 largest retailers and wholesalers, including Walmart and Amazon, it said.

The annual trade show is also attended by many large South Korean names, such as Samsung Electronics Co. and Hyundai Motor Co.