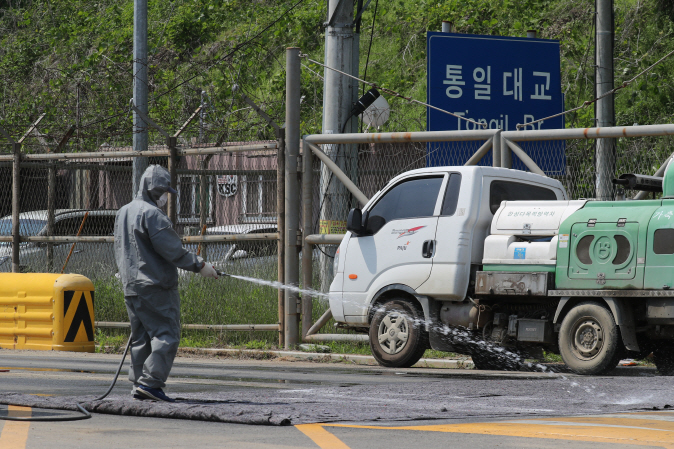 SEOUL, May 19 (Korea Bizwire) — South Korea said Tuesday it has developed a new test kit for the African swine fever (ASF) that can pave the way for the country to speed up its battle against the fatal animal disease and reduce its dependency on imported tools.

The state-run Animal and Plant Quarantine Agency has completed the development of a kit that can test acute forms of ASF, under the cooperation with the Korea Research Institute of Bioscience & Biotechnology and Korea University.

The country, which has been depending solely on imported diagnosis kits from France and Spain to carry out tests on domestic pigs and wild boars, said the new test kits can find antibodies from samples more than three days faster.

The country confirmed its first-ever outbreak of the animal disease in September 2019. Local authorities have culled about 400,000 domestic pigs as part of preventive measures, virtually sweeping out areas with ASF outbreaks.

Although no additional ASF cases on farms have been reported since early October, authorities have been discovering dead wild boars carrying the disease along the inter-Korean border.

The accumulated number of ASF cases found from wild boars reached 600 as of this month. All the ASF cases reported here, however, came from areas bordering North Korea.

With no cures currently available for the fatal animal disease, albeit being unharmful to people, South Korea has been focusing its efforts to prevent the spread of the virus through wild animals by building fences, while studying to find ways to quickly carry out tests.