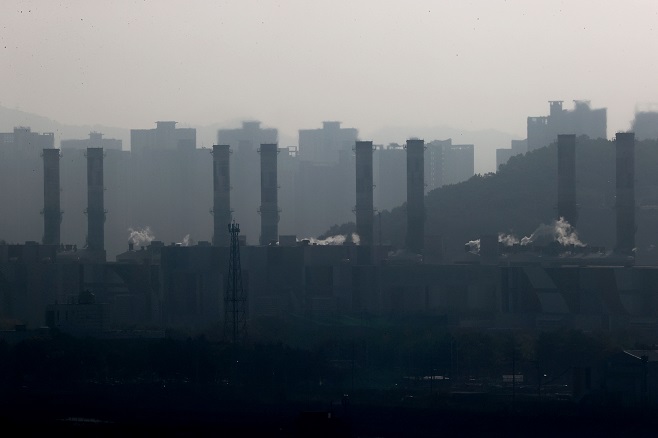 The 2019 figure, confirmed by the Greenhouse Gas Inventory and Research Center, represents a 3.5 percent drop from the 2018 tally, according to the ministry.

By industry, the energy sector accounted for 87.2 percent, or 611.5 million tons, of the total emission.

The energy sector’s emissions were down by 3.3 percent, or 21 million tons, from 2018 due to restrictions on coal thermal power generations imposed to reduce fine dust air pollution.

Industrial plants, and farming and waste sectors took up 7.4 percent, 3 percent and 2.4 percent of the total, respectively.

According to the ministry, the 2020 tally is expected to fall to a total emission of 648.6 million tons.