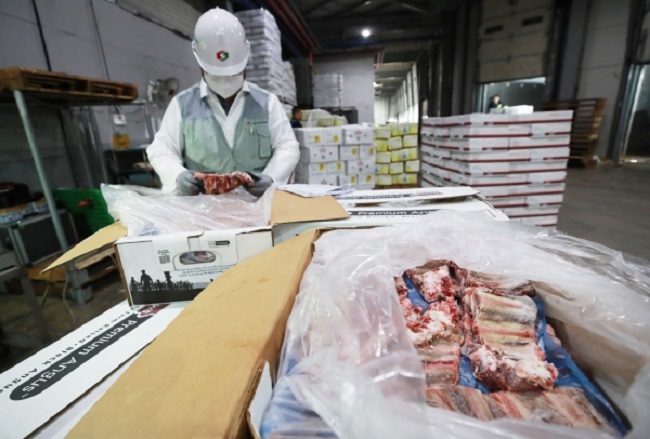 The ministry said the latest BSE case was the “atypical” type and less risky than “typical” cases as it doesn’t spread to other cows. Exposure to BSE can cause fatal, brain-wasting Creutzfeldt-Jakob disease in humans.

It marks the first time in six years that a mad cow case has been confirmed in Canada.

The ministry said it has requested the Canadian government to provide related information on the latest BSE case before it will decide whether to resume quarantine inspections.

In May this year, the Paris-based World Organization for Animal Health categorized Canada as a “negligible BSE risk country,” which means its beef is the most safe to consume.

In the first 11 months of this year, South Korea imported 10,676 tons of Canadian beef, accounting for 2.6 percent of Seoul’s total beef imports.