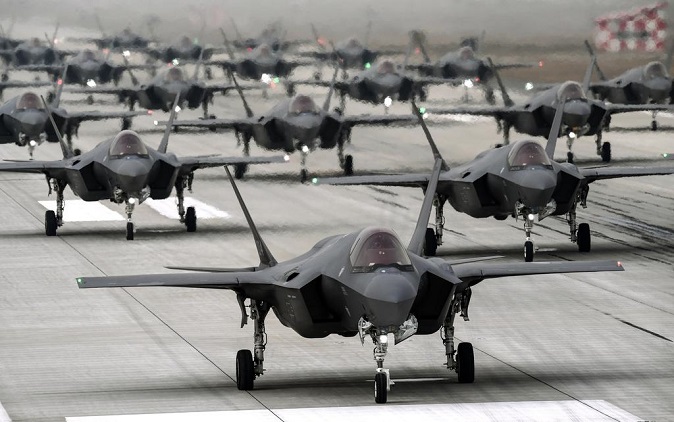 Defense Minister Suh Wook oversaw the “Elephant Walk” training and ordered troops to maintain “full” readiness based on the “invisible power” of the F-35As, the defense ministry said. It did not disclose the training site for security reasons.

The training marked the first major mobilization of the stealth fighters after the Air Force completed the deployment of 40 F-35As in January.

“Using the F-35A stealth fighters, we should maintain a full readiness posture to achieve an overwhelming strategic victory (in any fight) and deter North Korea’s additional actions,” Suh was quoted as saying.

During the training, heavily-armed F-35A fighters taxied in a large formation along an airfield to check their operational readiness, officials said.

The training is part of efforts to highlight South Korea’s deterrence capabilities after Pyongyang test-fired what it claims to be the Hwasong-17 ICBM on Thursday in its 12th known show of force this year.