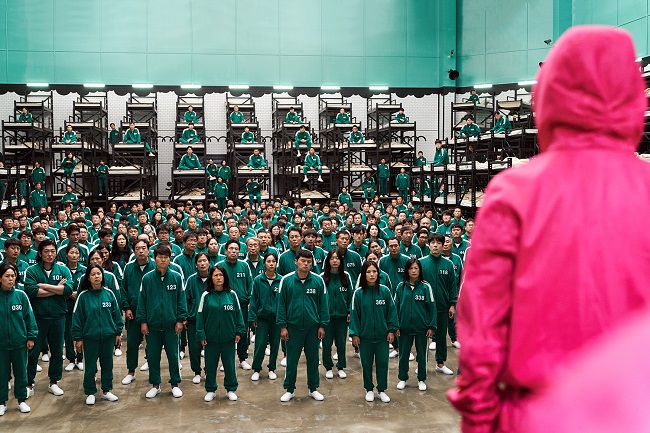 According to What’s On Netflix, a private online site that provides information on Netflix content, on Wednesday (U.S. time), South Korean-made shows accounted for 11.8 percent of the top 10 films and TV series in the final three months of 2021 to rank No. 2 for the second consecutive quarter after the United States with 59 percent. The figures are based on data by streaming analytics firm FlixPatrol, it added.

It marked a sharp increase from its share of 5.4 percent for the third quarter thanks to the breakout hit “Squid Game” released on Sept. 17 and other hit series.

“The fourth quarter of 2021 is likely to be an outlier with the arrival of ‘Squid Game,’ but Korean content has been on a slow march up the charts regardless of ‘Squid Game,’” the report said.

South Korea had posted a share of 4-6 percent since the second quarter of 2020, with some popular Korean-language Netflix originals like the zombie thriller “Kingdom” series and the monster horror “Sweet Home” (2020).

“Squid Game” became the most successful Netflix show in history, with its total viewership reaching a record 1.65 billion hours in the first four weeks of its release.