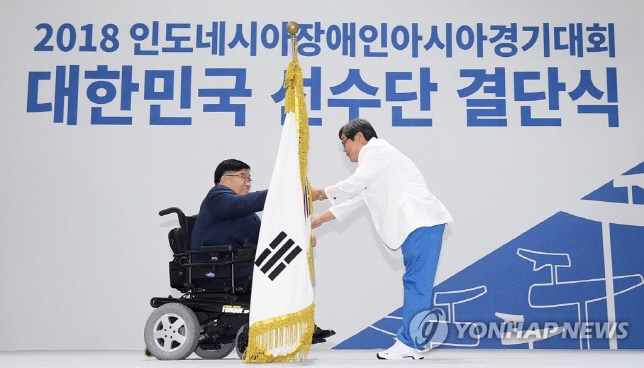 According to the sports ministry and the Korea Paralympic Committee (KPC), the blind athletes recently retook the aptitude test for driver’s licenses to check their actual eyesight after returning from the Asian Para Games in Indonesia. The test results showed their eyesight doesn’t meet the vision requirements, which forced the authorities to revoke their driver’s licenses.

Three of the four athletes took gold medals at the Asian Para Games in Jakarta.

Critics then suspected that these athletes may not have visual impairments because they had passed the vision test for driver’s licenses. But it turned out that there were no problems with their Asian Games participation because they were selected for the national team under International Blind Sports Federation (IBSF) classifications.

Currently, blind athletes are given “classes” based on their visual impairments in accordance with the IBSF standards. In order to be classified, an athlete needs to submit medical reports approved by an ophthalmologist and needs be reviewed by a classification committee of the IBSF.