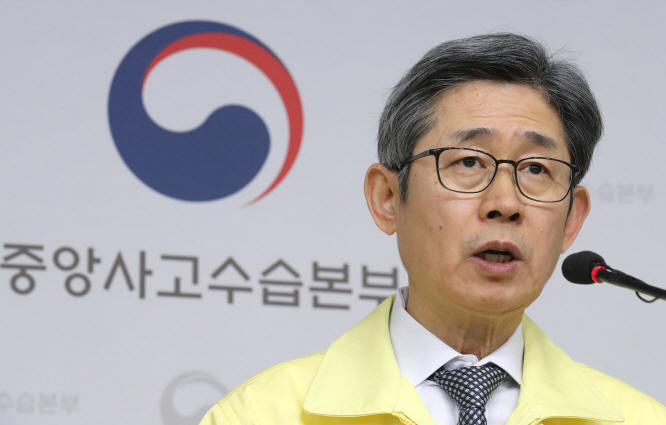 Noh Hong-in, an official of the central disaster management headquarters, speaks during a press briefing at the government complex in Sejong, 130 kilometers south of Seoul, on Feb. 19, 2020. (Yonhap)

SEOUL, Feb. 19 (Korea Bizwire) — South Korea will bar foreigners to be released from a quarantined cruise ship off Japan from entering the country, a senior Seoul official said Wednesday, as Japanese authorities are scheduled to end the vessel’s quarantine over the coronavirus.

In a press briefing, Noh Hong-in, an official of the central disaster management headquarters, also said that South Koreans who have been aboard the Diamond Princess docked in Yokohama, Japan, will be put under self-quarantine at their homes should they decide to fly to Korea.

South Korea has asked Japan to provide the list of passengers, the official said.

Earlier in the day, a South Korean presidential plane arrived back in Seoul carrying six Korean nationals and a Japanese spouse who were aboard the ship.

The Korean evacuees were among 14 South Koreans on the ship — nine passengers and five crew members.

The cruise ship in question has been in quarantine since it reported the first group of COVID-19 infections on Feb. 5. The number of confirmed cases has swelled to more than 500 out of some 3,700 aboard.

Amid growing fears over the person-to-person transmission of the virus particularly in provincial regions, Seoul has been stepping up quarantine efforts.