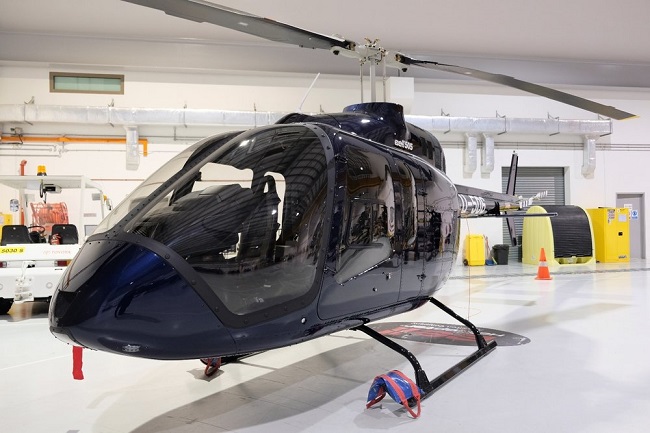 This image, provided by Bell Textron, shows the Bell 505 helicopter.

SEOUL, May 16 (Korea Bizwire) — South Korea has signed a contract worth 170 billion won (US$132.8 million) with a U.S. aerospace firm, Bell Textron Asia, to purchase some 40 trainer helicopters by 2025, the state arms procurement agency said Monday.

The Defense Acquisition Program Administration (DAPA) inked the deal with the firm on May 6 to procure the Bell 505 helicopters and eight simulators to train Army and Navy pilots, its officials said.

The simulators are to be manufactured by a Korean firm.

The South Korean military plans to start deploying the helicopters to the Army and the Navy next year.

“We expect safety concerns stemming from the operation of old trainer helicopters will be addressed when the new helicopters are introduced,” a DAPA official said.