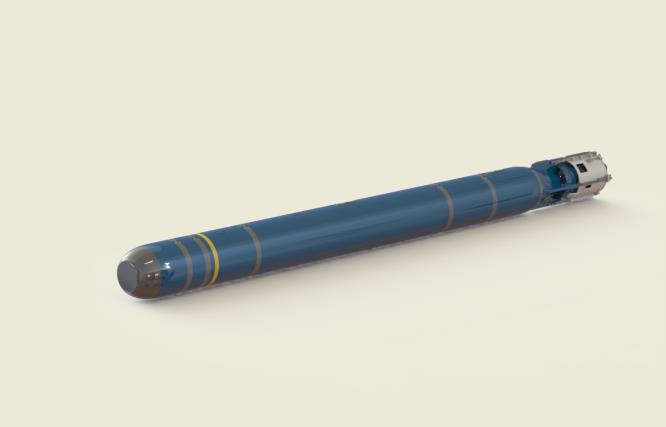 Shown in this file photo released by the Defense Agency for Technology and Quality on May 17, 2022, is the Heavy torpedo Block-II, or “White Shark.”

The test on the submarine-launched “Tiger Shark” torpedo took place in the East Sea on May 9 following an earlier successful test in March, according to the Defense Agency for Technology and Quality.

Using a 3,000-ton Jang Bogo-III Class submarine as a launch platform, the test was designed to check if the torpedo, developed in 2019, performs as intended during its initial mass production phase.

The South has been striving to strengthen its maritime security capabilities, as the North has been pushing to develop submarine-launched ballistic missiles (SLBMs) potentially capable of delivering nuclear warheads.

On May 7, the North fired an apparent SLBM in waters off its east coast.

“The test means a great deal, as it confirmed the quality of the wire-guided heavyweight torpedo made based on homegrown technologies,” said Jang bong-ki, who heads the agency’s center for the guided weapon system.