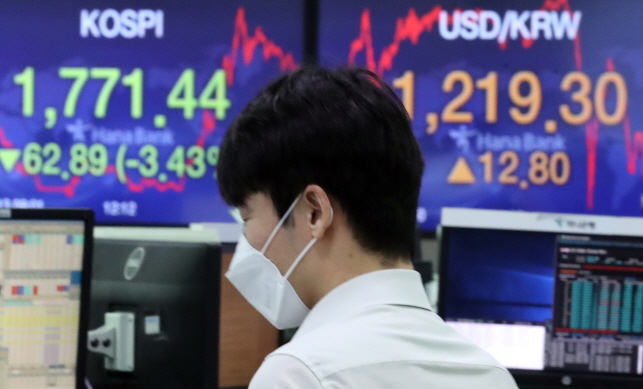 SEOUL, March 13 (Korea Bizwire) — South Korea on Friday announced a temporary ban on stock short selling for six months amid a market rout triggered by the outbreak of the new coronavirus.

FSC Chairman Eun Sung-soo said the duration of the ban may be extended, or even shortened, depending on future conditions.

“The ban on short selling may be lifted (before six months) when and if the market becomes stabilized,” the FSC chief said in a press briefing.

As part of such efforts, the government will temporarily raise the ceiling on local firms repurchasing their own shares, the FSC head said.

The move follows similar steps taken earlier in other major markets hit by the spread of COVID-19, including Italy and Spain.

The temporary ban marks the third of its kind in South Korea. The country last prohibited short selling in 2011.

Stock markets crashed around the globe as the World Health Organization declared the ongoing spread of COVID-19 a pandemic.

The U.S. stock market and others suffered a headlong fall amid growing concerns over the economic fallout from the novel coronavirus.

The KOSPI again closed sharply lower Friday at 1,771.44, down 3.4 percent from the previous session’s close, but recovered from a more than 8 percent plunge earlier in the day.

President Moon Jae-in earlier called for “unprecedented measures” to overcome what he called unprecedented difficulties caused by COVID-19 in a meeting with economy-related ministers and officials, including the FSC chief and Bank of Korea (BOK) Gov. Lee Ju-yeol.

The BOK earlier said it will take “active steps” to help stabilize the local stock market and foreign exchange market.

It has also hinted at an emergency rate cut, saying its monetary policy board members were discussing holding an emergency meeting, apparently to discuss such a step.