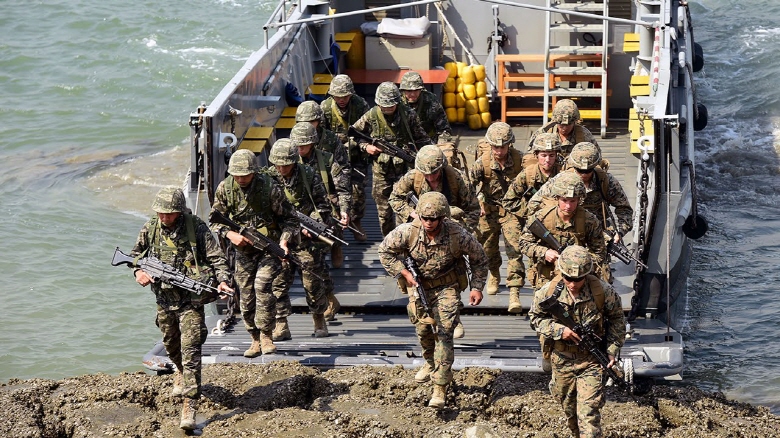 But it has decided to skip a reenactment of the operation in consideration of heightened military tensions as a result of North Korea’s recent provocative acts.

The three-day event will open Friday in the Wolmido district in Incheon, just west of Seoul, with representatives laying flowers in front of the statute of Gen. Douglas MacArthur, the commander of the U.S.-led United Nations force.

Lee Seo-geun, a 93-year-old retired Marine Corps captain, plans to give an account of his experiences of the landing operation at the opening ceremony, which will be attended by more than 2,000 dignitaries and other guests, according to the Navy.

The Navy will also open some of its warships to the public in cooperation with the Incheon metropolitan city government. Among the assets taking part are the 2,500-ton Gyeonggi frigate, the 4,900-ton Cheonwangbong landing ship (LST-II) and the 400-ton Han Sang Guk guided missile speedboat.

The surprise Incheon amphibious operation, led by MacArthur and code-named Operation Chromite, was staged from Sept. 15-19, 1950.

It turned the tide of the war in favor of the U.N. troops by successfully cutting the North’s supply and communication lines.

It involved tens of thousands of personnel and hundreds of naval vessels, and led to the recapture of Seoul two weeks later.