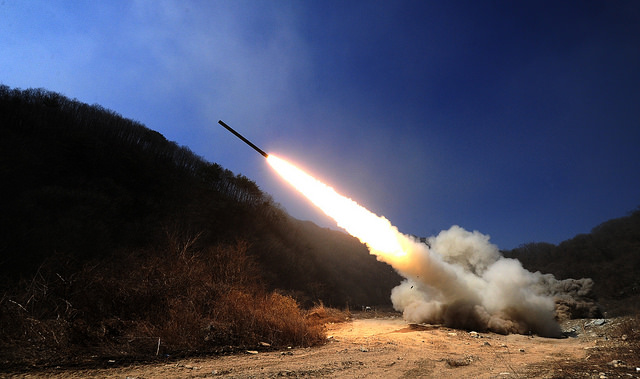 The drill will take place in the afternoon, one day before South Korea marks the first anniversary of the North’s shelling of areas south of the Demilitarized Zone (DMZ) that separates the two Koreas. (image: Flickr/ Republic of Korea Armed Forces)

SEOUL, Aug. 19 (Korea Bizwire) – South Korea’s military said Thursday that it will carry out the largest-ever artillery drill near the border with North Korea to demonstrate its determination to retaliate against future provocations.

The drill will take place in the afternoon, one day before South Korea marks the first anniversary of the North’s shelling of areas south of the Demilitarized Zone (DMZ) that separates the two Koreas.

“Some 300 artillery pieces from 49 artillery battalions are planning to take part in the live-fire exercise. The drill that will kick off at 5:04 p.m. will involve the K-9 and K-55 self-propelled artillery pieces,” the Ministry of National Defense (MND) said in a statement.

On Aug. 20, last year, North Korea fired several artillery rounds toward a South Korean front-line military unit in Yeoncheon, 62 kilometers north of Seoul, around 4 p.m. South Korea fired back 29 shells towards the North Korean side of the DMZ in retaliation at 5:04 p.m., according to the ministry.

The North’s artillery shelling was an extension of its provocations in August last year. Two South Korean soldiers were seriously injured — one lost both legs and the other lost one — in a North Korean land-mine attack on Aug. 4.

As Seoul resumed propaganda loudspeaker broadcasts at the border in retaliation for the explosion, tensions on the Korean Peninsula soared, which led to the artillery exchange.

On Aug. 25, the two Koreas reached a deal to defuse tensions after Seoul promised to suspend the loudspeaker campaign in return for Pyongyang’s expression of regret over the land mines.