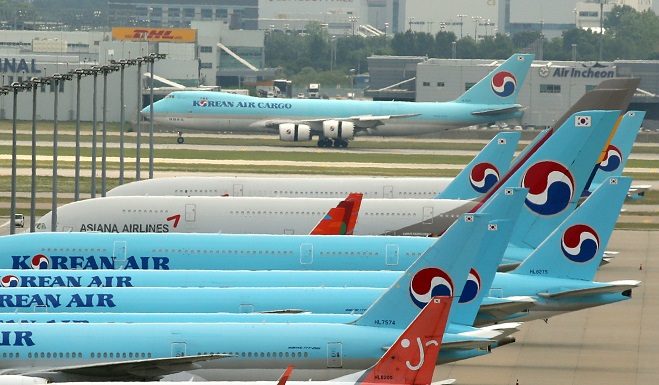 SEOUL, July 12 (Korea Bizwire) — South Korea is in talks with China to increase the number of flights to the country to 10 a week mainly to meet travel demand from businessmen, the transport ministry said Sunday.

Korean airlines currently serve three routes from Incheon to Chinese cities and plan to resume flights on four more routes to the neighboring country this month, according to the Ministry of Land, Infrastructure and Transport.

“The (Seoul) government is in talks with the Chinese authorities to resume flights on three additional routes to China,” the ministry said in a statement.

Korean Air Lines Co., Asiana Airlines Inc., and Jeju Air Co. have operated one flight a week, respectively, on the routes from Incheon to Shenyang, Changchun and Weihai despite the coronavirus outbreak.

China’s aviation authorities have limited airlines to one flight per week since late March to stem the spread of the COVID-19 pandemic through incoming passengers. Seoul has been in consultation with its Chinese counterpart to increase the number of flights.