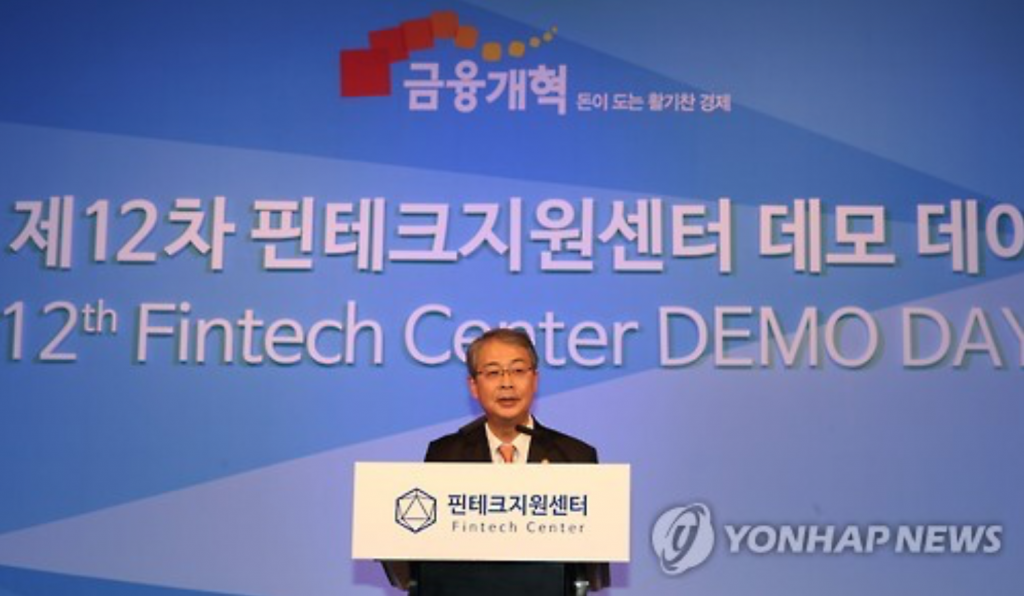 Yim said the government will also offer 3 trillion won (US$2.65 billion) in financial support over the next three years for the development of the fintech sector. (image: Yonhap)

“The government will push for the systematization of digital currency on a full scale in tandem with a global trend in the U.S., Japan and other countries,” Yim Jong-yong, chairman of the Financial Services Commission (FSC), said in a speech at the 12th Fintech Center Demo Day event.

He added the government and the local financial industry will launch a consortium on blockchain within this year for joint research and pilot projects.

Blockchain is a key technology for the digital currency bitcoin, enabling data sharing across a network of individual computers. It records and tracks practically all bitcoin transactions.

Yim said the government will also offer 3 trillion won (US$2.65 billion) in financial support over the next three years for the development of the fintech sector.

The FSC described the measures as the “basic direction” of the second-stage fintech development roadmap to be unveiled in the first quarter of 2017.

The government has so far focused on removing unnecessary regulations on the fintech field.

“In the second stage, the government will place a focus on re-designing the existing system to be suitable for the fintech environment,” Yim said.

Meanwhile, the FSC signed a memorandum of understanding with the Monetary Authority of Singapore on bilateral cooperation on the fintech industry.

Under the accord, the two countries will exchange relevant information, knowledge and manpower.