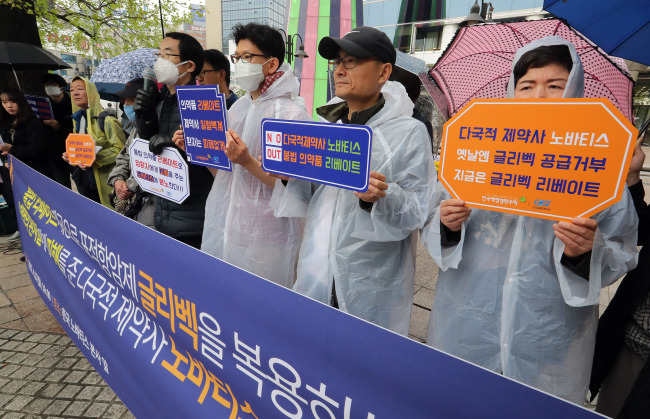 SEOUL, May 25 (Korea Bizwire) — South Korea’s health ministry said Wednesday it will suspend providing benefits for nine variations of two drug types manufactured by the local unit of Novartis after the Swiss pharmaceutical giant was found to have been engaged in illegal kickbacks.

For six months starting in August, local customers will have to pay the full price of the Novartis drugs, including dementia drug Exelon, the Ministry of Health and Welfare said. The ministry provides a subsidy for prescription drugs to lower patient burden.

The suspension comes after the company’s executives, including the former CEO surnamed Moon, were charged with providing money or other kickbacks known in the industry as rebates to doctors in exchange for prescribing the company’s products.

“The company sincerely apologizes for incurring disappointment and worries to the industry and patients,” Novartis said a in a press release

The Seoul government has declared war against the long-running illegal practice in a bid to ease the financial burden of patients and reduce price ballooning. The prosecution has since indicted executives from local pharmaceutical firms and doctors in line with the government’s efforts.