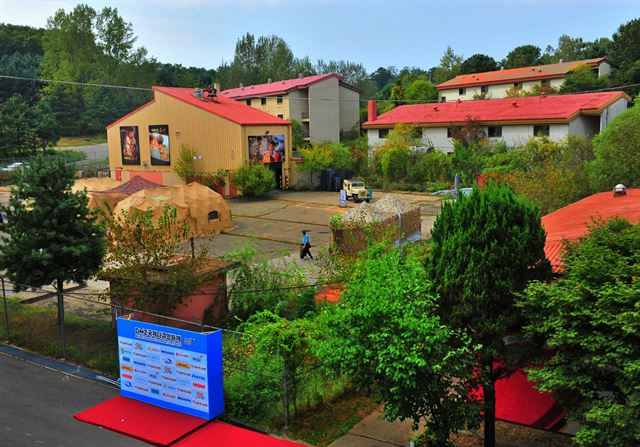 SEOUL, Oct. 22 (Korea Bizwire) — South Korea will hold a cultural festival at a former U.S. army base near the inter-Korean border this weekend as part of efforts to transform the heavily fortified Demilitarized Zone (DMZ) into a hub of peace-themed tourism, organizers said Monday.

The Ministry of Culture, Sports and Tourism and the Gyeonggi Provincial Government said they will co-host a fall seasonal cultural festival called “DMZ Transformation Peace Hanmadang” at Camp Greaves just south of the DMZ on Saturday and Sunday.

The festival will open at 4 p.m. Saturday with a concert featuring a media art show, performances of traditional Korean folk songs and mask dance and a reading of peace-themed poems.

The highlight of the first concert will be the Telematic Concert in which musicians in three locations — Berlin, San Francisco and South Korea’s DMZ — will perform together on a real-time basis via remote telecommunication links.

On Sunday, the second concert will feature performances by a youth orchestra, the U.S. 8th Army Band, a street dance team and an artist group of North Korea defectors.

The festival’s sub-events include tours to the former U.S. army base and the DMZ, as well as various hands-on experiences.

There will also be an exhibition of photos of the Neutral Nations Supervisory Commission (NNSC) from Oct. 27 to April next year. The NNSC was set up after the 1950-53 Korean War to uphold a fragile armistice in place of a peace treaty.

“This event, which will take place within the civilian control line, will help transform Camp Greaves into a mecca of peace-themed tourism,” an official with the Gyeonggi provincial government said.