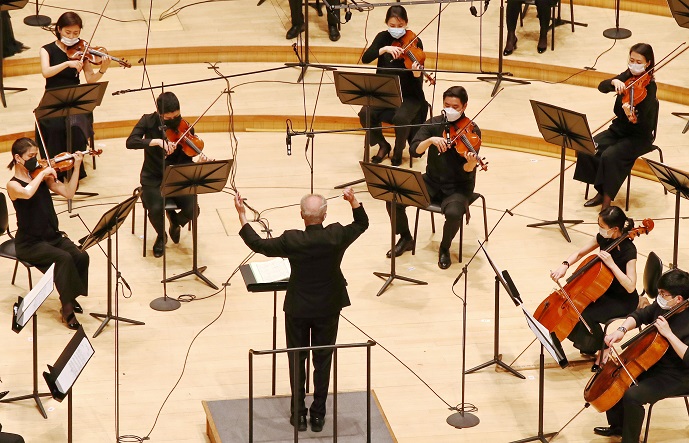 SEOUL, July 8 (Korea Bizwire) — South Korea on Wednesday pledged to support its arts sector hit by the new coronavirus with 156.9 billion won (US$131 million) during the second half of 2020, including grants to cash-strapped artists and discount coupons for shows and events.

The fund is part of the 35.1 trillion-won supplementary budget allocated by the government in response to the COVID-19 crisis.

It is nearly half of the total 346.9-billion-won fund procured by the culture ministry from the government’s third extra budget passed last Friday.

The Ministry of Culture, Sports and Tourism said 23.2 billion won was earmarked in the second half for grants towards artists who have run into financial troubles due to the virus situation.

The program will benefit 7,725 applicants, the ministry said.

The government also allocated 31.9 billion won to support wages for 3,500 people working in performing arts areas, such as theater, musicals and classical concerts.

Some 75.9 billion will be used in public art projects in collaboration with 288 local governments.

The program is expected to commission 8,500 artists in creating public art, cultural zones and online exhibitions. Some projects will allow citizens to participate and interact during the creative process.

The government will also try to stimulate ticket purchases through discount coupons for shows and exhibitions.

The ministry has allocated funds worth 15.9 billion won and 5.2 billion won for discount coupons in the concert and exhibition sectors, respectively.

With many galleries and museums having gone online, the government will also try to further promote programs to allow users to experience exhibitions and concerts digitally.

The ministry has earmarked 14.9 billion won for teaching courses to allow artists to showcase their work digitally.

“While the ecosystem surrounding the art sector has been greatly disrupted by COVID-19, the demand for art is now higher than ever in this age of non-contact interaction. Art projects have to continue despite the difficult situation,” Vice Culture Minister Oh Young-woo said.

Oh added, “We will seek additional policies to further sustain the art ecosystem and expand support programs for artists and art organizations.”

The ministry’s announcement came amid calls from the arts sector for the government to provide financial support to artists and companies burdened by canceled shows and exhibitions.

“Employees of the local performing arts industry have been confined in an endless slump. The recession will likely continue in the third and fourth quarters. We need immediate and direct support for private management companies and performers,” the Performing Arts Management Association of Korea said in a statement in May.

The performing arts industry has been among the worst-hit sectors by COVID-19 in South Korea, with aggregate ticket sales of musicals, plays, classical concerts and other performances in April plummeting to 4.68 billion won from the 20.9-billion-won tally in February.