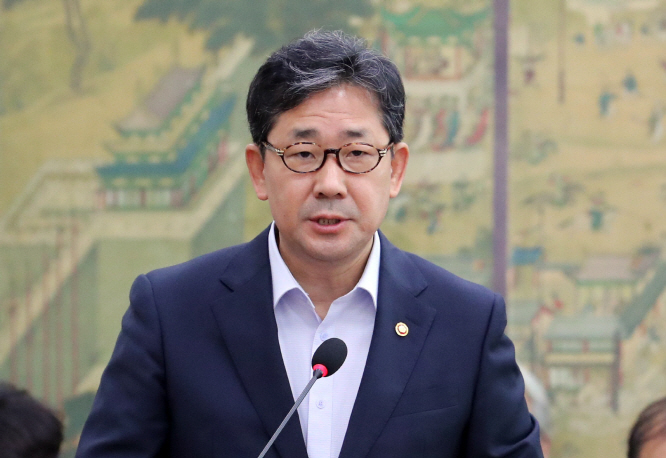 Sports Minister Park Yang-woo speaks at a meeting of the parliamentary sports committee at the National Assembly on Aug. 21, 2019. (Yonhap)

SEOUL, Aug. 21 (Korea Bizwire) — South Korea will review whether to set up a training camp in Japan for the 2020 Tokyo Olympics due to radioactivity concerns over the 2011 Fukushima nuclear plant meltdown, the sports minister said Wednesday.

Sports Minister Park Yang-woo told a parliamentary committee that the government will discuss the issue with the Korean Sports and Olympic Committee, the country’s sports body.

“Nothing is more important than safety. We will seek consultations with the International Olympic Committee (IOC) and others to secure our athletes’ safety and ensure that the Tokyo Olympics will be held in a safe environment,” Park told lawmakers.

Concerns about radioactive contamination have arisen here after Japan announced its plan to use agricultural products from Fukushima to serve athletes for the 2020 Tokyo Olympics.

Competitions for baseball, football and softball will be held in areas near Fukushima.

“Sports and politics should be separate … It could be a good chance for Korean athletes to take part in the Olympics that will be held in our neighboring country,” Rep. Shin Dong-keun of the ruling Democratic Party said.

“But it is important to take into account how to deal with safety issues,” he added.