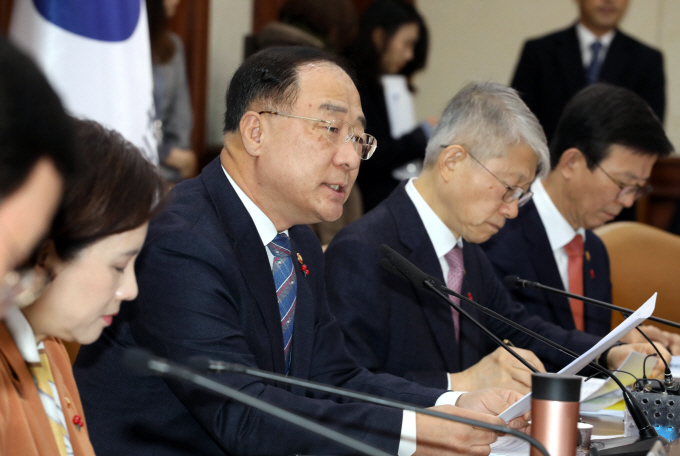 Finance Minister Hong Nam-ki (2nd from L) speaks at a meeting with economy-related ministers in Seoul on Dec. 4, 2019. (Yonhap)

Hong made the remarks at a meeting with economy-related ministers in Seoul to discuss how to foster innovative industries that could become new growth engines for the South Korean economy.

Viva Republica, the operator of easy mobile remittance service Toss, is the only fintech company among the six South Korean unicorns.

Since last year, fintech firms have been able to develop services without regulatory hurdles.

Under a so-called regulatory sandbox, fintech firms using new technologies, such as blockchain and big data, are exempted from strict regulation.

By next March, the government will designate 100 financial products to be tested under the regulatory sandbox, Hong said.

The government will also promote the local food industry on the back of the Korean Wave of pop culture, Hong said.