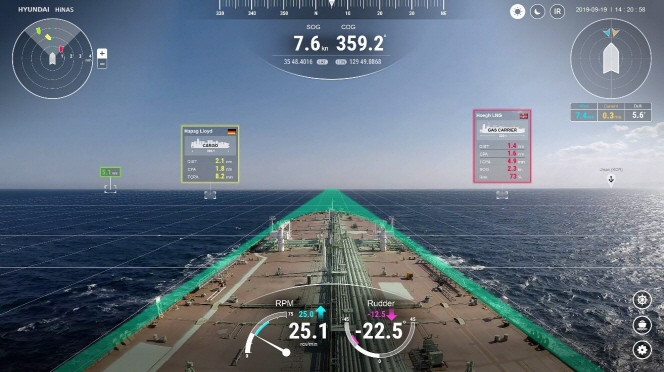 SEOUL, June 17 (Korea Bizwire) — South Korea said Wednesday it will spend 160 billion won (US$132 million) to launch a vessel capable of sailing with just a minimum number of sailors by 2025.

Under the six-year project, South Korea plans to develop ships with “degree-three” autonomous features, which the International Maritime Organization (IMO) defines as vessels that are fully controlled remotely, according to the Ministry of Trade, Industry and Energy.

Still, a limited number of sailors are required to be on board to meet legal regulations.

South Korea also plans to develop ships with “degree-two” self-driving features for those sailing along coasts, which would have some sailors on board to carry out basic tasks, the ministry said.

The autonomous ships can cut operating costs by up to 22 percent as they can save fuel by calculating optimized routes, according to the ministry.

Such ships will also contribute in enhancing safety as human error is to blame for about 80 percent of maritime accidents.

South Korea said its eventual goal is to develop a fully autonomous ship, which the IMO defines as vessels that are “able to make decisions and determine actions by itself,” after 2025.

South Korea hopes to garner 50 percent of the global market for autonomous ships in 2030.

The global market for autonomous ships is estimated to reach $155 billion in 2025, according to data compiled by Acute Market Reports.