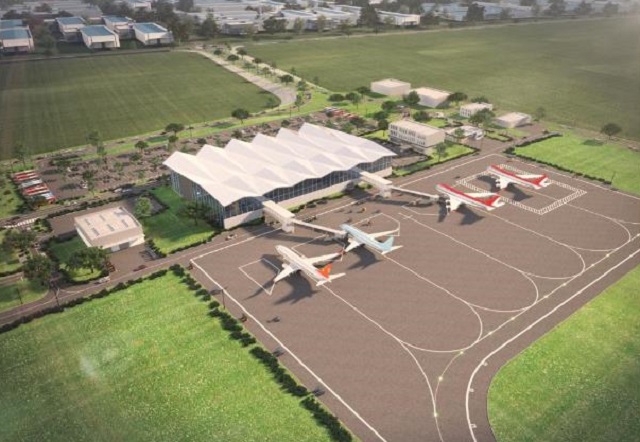 This graphic provided by the Ministry of Land, Infrastructure and Transport shows the Saemangeum International Airport to be completed by 2028 in North Jeolla Province.

SEOUL, June 29 (Korea Bizwire) — South Korea will invest 807.7 billion won (US$624 million) to build a local airport by 2028, with an aim to start its operations the following year, the transport ministry said Wednesday.

The government will build a 2,500-meter runway, an airport apron that can accommodate five planes, a passenger terminal, a cargo terminal and other related facilities in Saemangeum, a reclaimed area located about 280 kilometers southwest of Seoul, the Ministry of Land, Infrastructure and Transport said in a statement.

The Saemangeum airport, if completed, can handle up to 1.05 million passengers and 8,000 tons of cargoes a year in 2058, the statement said.

The Saemangeum airport project is part of the government’s efforts to seek balanced growth across the country.

The government seeks to transform Saemangeum — more than four times the size of Manhattan — into an eco-friendly waterfront city with high-end industrial, tourism and agricultural facilities, as well as science and research institutes.