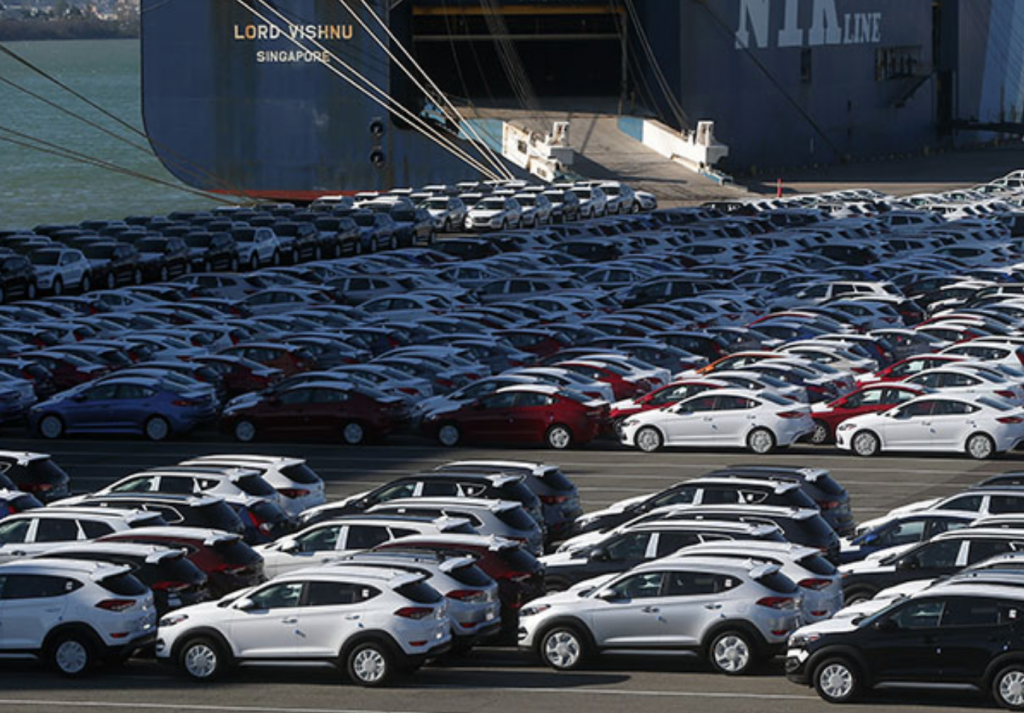 Hyundai Motor Co.’s vehicles at a port in the industrial city of Ulsan. (image: Yonhap)

SEOUL, April 26 (Korea Bizwire) – South Korea is not likely to regain its status as the world’s fifth-largest automaker, as India has been increasing the production of vehicles at a rapid pace, an industry report said Wednesday.

South Korea was the fifth-largest producer for 11 years from 2005 until 2015 before slipping to the sixth last year when India churned out 4.48 million vehicles.

The drop is attributed to strikes by unionized workers at Hyundai Motor Co. and its affiliate Kia Motors Corp. over wage negotiations.

Hyundai and Kia’s combined sales fell 1.7 percent on-year to 7.88 million cars last year, including the vehicles manufactured at their 12 plants abroad, including the United Sates and China.

Unlike the saturated South Korean market, India’s vehicle production will likely rise to 5.5 million units by 2023, according to the report by the Korea Trade-Investment Promotion Agency (KOTRA).

India’s domestic car market is expected to grow by four-fold by 2026 from 3.5 million units last year, according to KOTRA.

“South Korea’s auto production cost is higher than that of its competitors and its vehicle market is saturated, and such a lack of merit is preventing automakers from investing in facilities,” an industry source claimed.