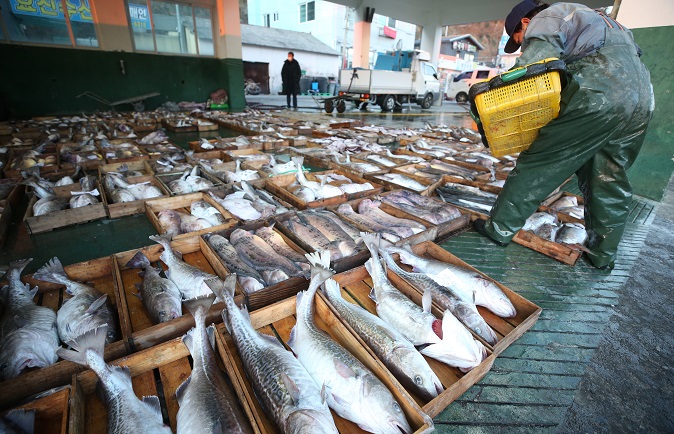 Under the plan, the combined amount of fishery resources in the country’s coastal lines will rise to 4 million tons by 2025, soaring 28 percent from the current estimate of 3.13 million tons, according to the Ministry of Oceans and Fisheries.

In detail, South Korea will apply the total amount of catch (TAC) policy on more types of fish, covering 50 percent of the species, compared to 35 percent in 2020.

The country plans to tighten control of vulnerable species and bolster a ban on catching fry.

South Korea will also promote the use of safer fishing equipment to prevent boats from accidentally harming whales.

By 2022, the country will install underwater structures in 50 locations, where marine species can inhabit and reproduce.

The combined amount of fishery goods caught last year, meanwhile, came to 930,000 tons, which halved from 1.73 million tons tallied in 1986.

The self-sufficiency of fishery goods came to only 69.3 percent in 2018, falling sharply from 81 percent in 2001, as South Korean consumed more seafood. The per capita consumption shot up 61.4 percent over the period to 68.1 kilograms per year.