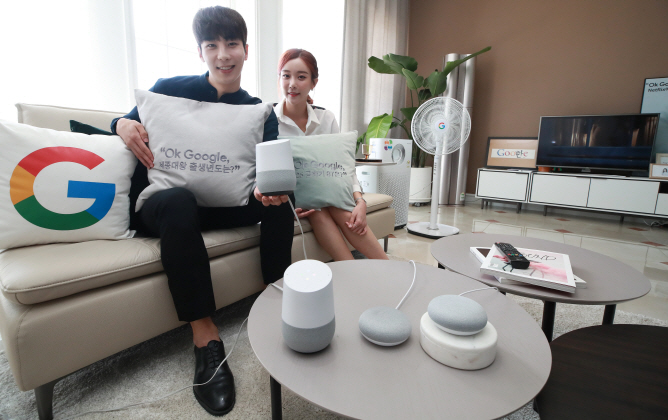 SEOUL, Dec. 23 (Korea Bizwire) — The supply of artificial intelligence (AI) speakers in South Korea is expected to reach the 8-million unit mark in the new year as the devices gain popularity, a report by a local digital media lab said Sunday.

According to the findings by KT Group affiliate Nasmedia Co., some 40 percent of the country’s 20 million households will likely have an AI speaker in 2019. The numbers represent a sharp increase from just 1 million units supplied in 2017 and around 3 million that have reached the market this year.

“The rise in demand comes from greater choice in terms of the products being offered, as well as more upgraded features that have made the AI speakers more attractive to ordinary consumers,” the 2019 digital media and marketing forecast report claimed.

It added that greater competition among manufacturers to secure the growing market is fueling the spread of such smart devices.

Nasmedia said that, in particular, there has been considerable competition in the area of children-related contents and audio shopping services with companies vying with each other to “lock” customers into their eco-system.

The speakers have been marketed as personal home assistants for adults and even as private tutors for small kids.

Related to the market’s growth potential in audio shopping, global assessment firm OC&C Strategy Consultants predicted the worldwide market for such services that stands at US$2 billion at present is forecast to growing into a $40 billion business in 2022.