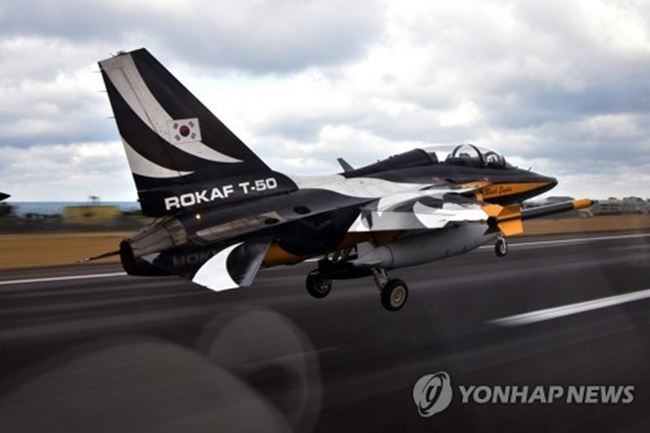 SEOUL, Feb. 6 (Korea Bizwire) – One of South Korea’s aerobatic airplanes participating in an international air show in Singapore skidded off a runway Tuesday, but the aircraft’s pilot was safe and without major injuries, the South Korean Air Force said.

The runway overrun by an airplane belonging to the Air Force’s Black Eagles air demonstration group took place as the aircraft tried to take off at Singapore’s Changi Airport, where Singapore Airshow 2018 is currently underway, according to the Air Force.

The airplane was about to take off to perform in the air show’s opening flight demonstration when it skidded off the runway around 2:33 p.m. (Korea time), it said.

“The pilot remains safe,” the Air Force said, adding that an investigation has been launched to study the cause of the accident and potential damage.

The South Korean flight team left its base in Wonju, Gangwon Province, on Jan. 26 and arrived at the Singapore airport via Taiwan, the Philippines and Malaysia.